Riding on a streak of a couple of dramatic turnarounds, thanks to a soaring Derek Carr, Las Vegas Riders will be eyeing their fourth victory of the season.

In their latest game,they stole a stunning victory against the Miami Dolphins, dishing out a gilt-edged thriller.

They were also in stellar shape against Pittsburgh Steelers and Baltimore Ravens. The Chargers, on the contrary, managed a decent victory against Kansas City Chiefs, especiallycoming from a defeat against Dallas Cowboys.

This will be an intriguing clash of twooffensive teams and the scoreline will likely produce a 28 plus. 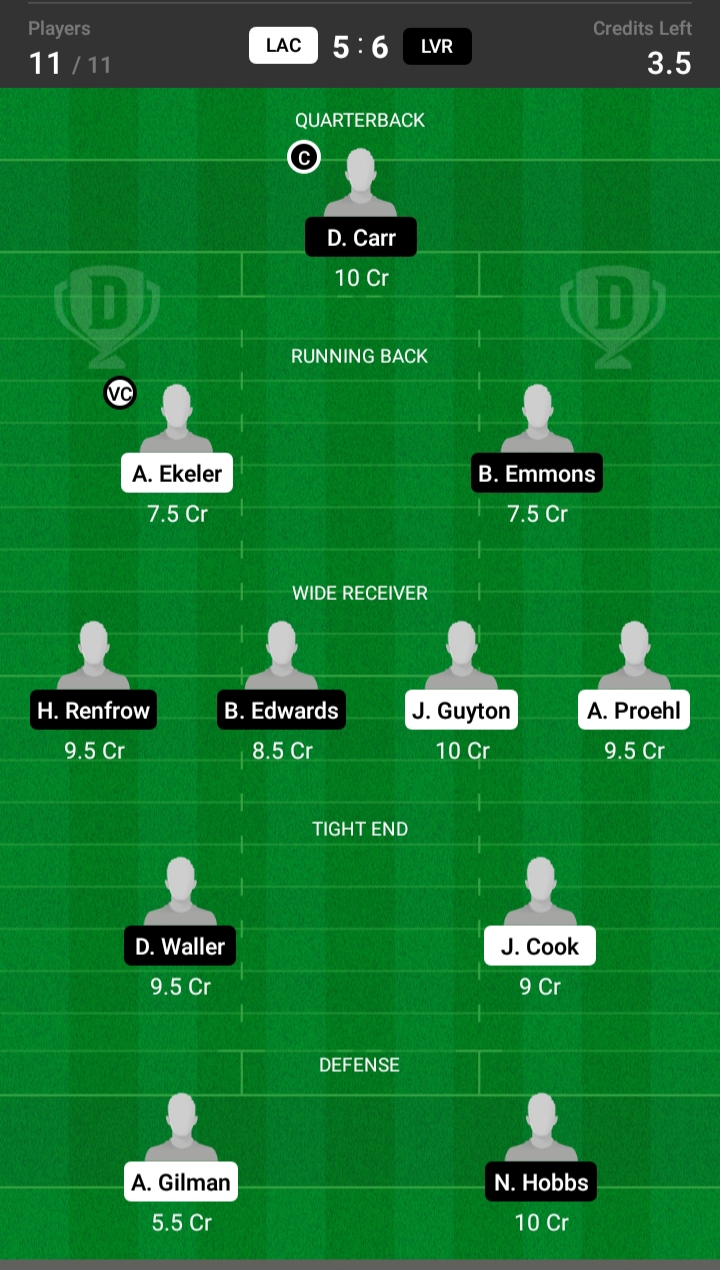