The Jaguars will be desperate to wriggle free from theclutches of a losing streak while the Bengals will do well to remember that their form has blown hotand cold in the ongoing season.

They thrashed Pittsburgh Steelers in their last game convenientlybut were humbled by Chicago Bears in the previous match.

Jaguars, on the contrary, has beentamed by Arizona Cardinals in the preceding game wherein prior to that they were thrashed byDenver Broncos and Houston Texans.

Bengals will be the favorites coming to this contest giventheir more or less decent form but writing off the Jaguars will be utter foolishness as they tookdown the Dallas Cowboys emphatically and the presence of Trevor Lawrence in the quarterbackposition will propel their chances. 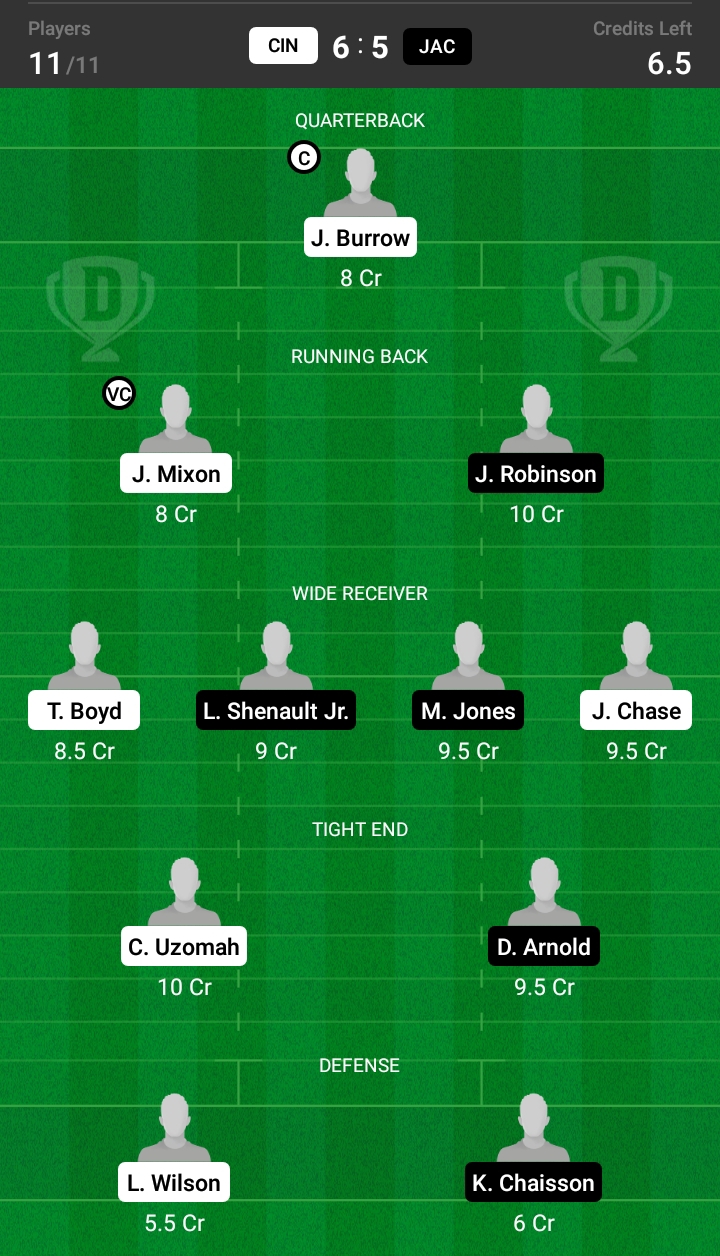