This will be a clash of the titans as the Panthers are stationed in the second spot of the NFCSouth standings with two victories from the last two games while the Texans are in the poleposition of the AFC South standings with one victory and one defeat.

The Panthers will be highon confidence as they started their season on a grand note with victories against New York Jetsand New Orleans Saints.

More importantly for the Panthers, they thrashed the Saints in anemphatic manner as the scoreline read 26-7 in their favour.

In the last match of the preseason,they humbled the Pittsburgh Steelers in another lopsided encounter with the scores reading 34-9 in their favour.

Texans, on the contrary, had to delve deep to secure their respective victoriesas they started the season with a win against Jacksonville Jaguars but fell short againstCleveland Browns in the following game.

It will also be a battle of defence against an offence asthe Panthers are a high-scoring team while the Texans believe in just getting the job done. 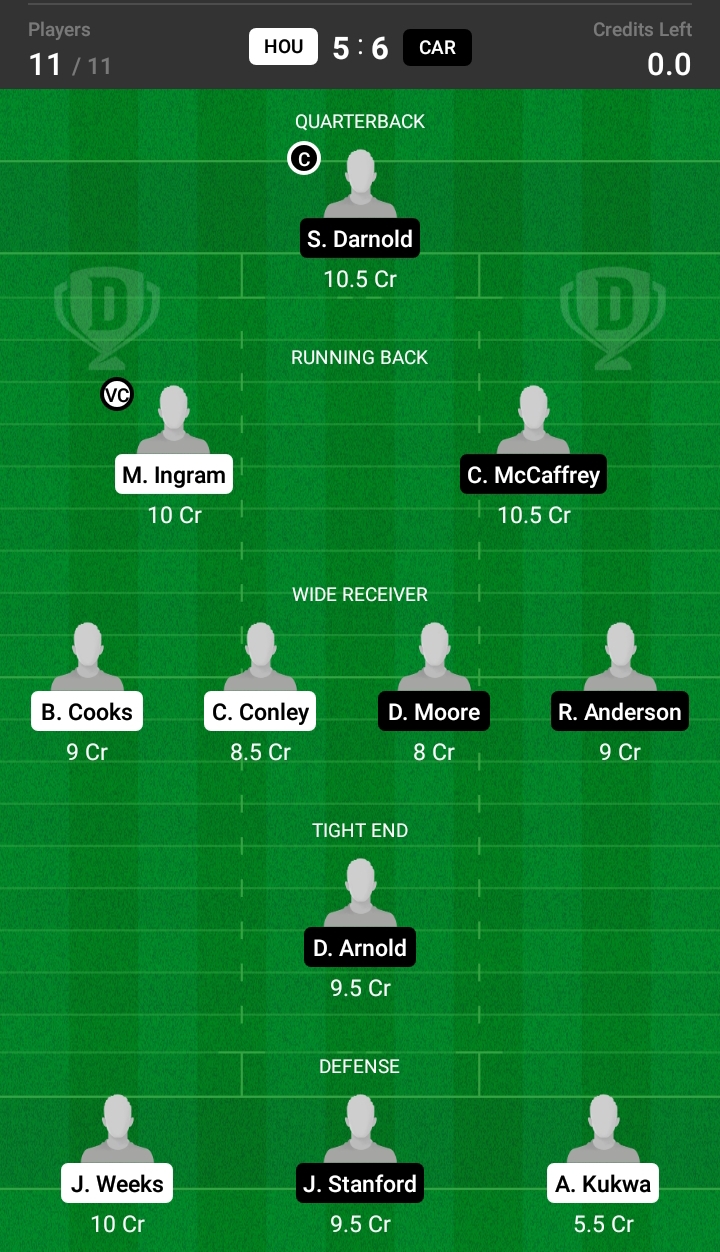