This will be a clash of two teams with contrasting fortunes as the Los Angeles Rams started theirNFL campaign in 2021 with a comprehensive victory over the Chicago Bears as they imposed ascoreline of 34-14 in their favour.

Indiana Colts, on the contrary, was handed a shambolic defeat bySeattle Seahawks.

However, the fortunes in the preseason were the exact opposites as the Ramscame to the opener on the back of four consecutive defeats while the Colts were riding high on athree-match winning spree.

The Rams will be happy with the illustration posted by Henderson andStafford while the Colts will be pinning their hopes on their guard, Quenton Nelson who will besquaring off against the three-time Defensive Player of the Year, Aaron Donald. 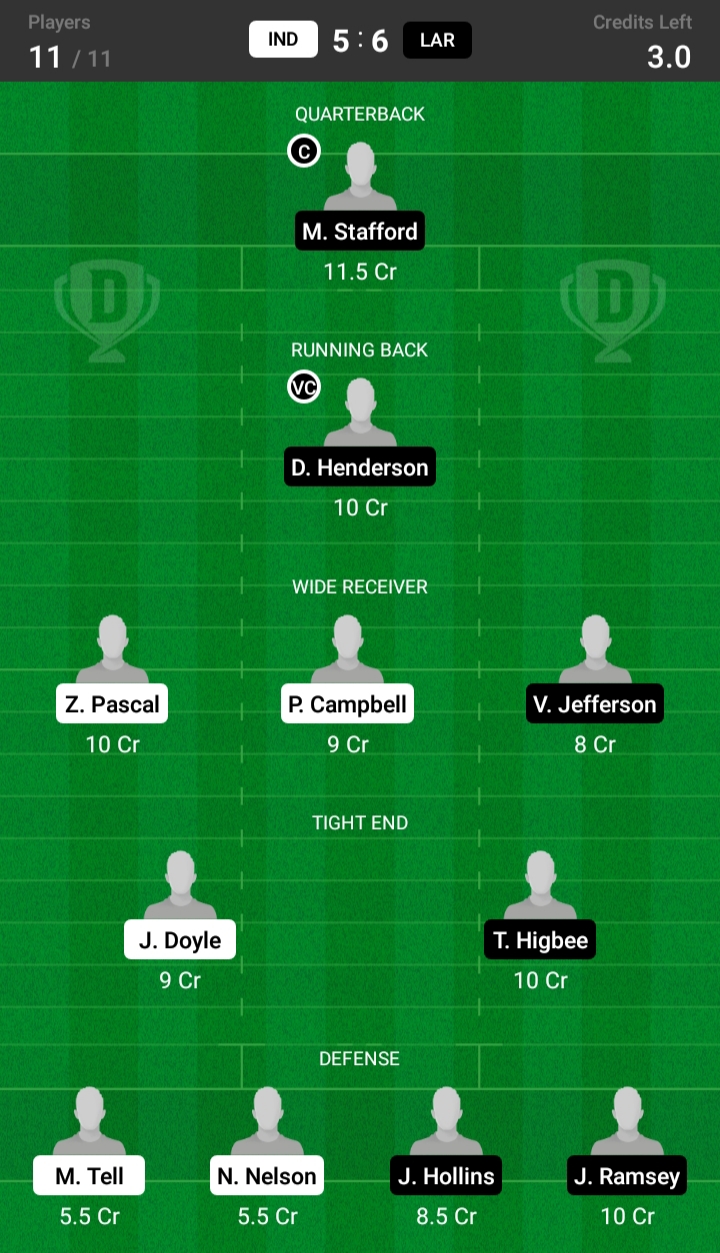