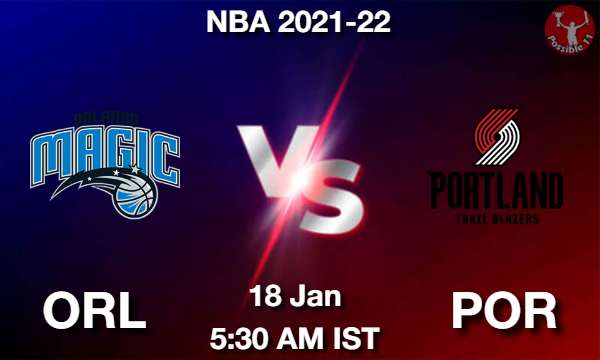 Orlando has done a great job of drafting some enticing talent and for me, they have hit the mark with some of the trades too. Getting Carter Jr.

for Vucevic was a more than decent move as Wendell has shown the ability to be a big-time rebounder while improving his playmaking and scoring too.

Franz Wagner has displayed his all-around talent at the wing position, Jalen Suggs has shown promise as a dynamic scorer, Cole Anthony has been doing his playmaking and scoring duties well again, leading the team many times while Mo Bamba can become a significant inside presence down the road.

Overall, the foundation has been laid from the Point Guard to Center position, and that is a better foundation than teams like Pistons, Rockets, etc.

who are the other rebuilding teams. If anything, the Orlando management is building high-value trade picks. The Trail Blazers began the season with a core of Lillard-McCollum-Powell-Covington-Nurkic, on paper, a highly balanced team.

A high-quality Point Guard, a high-scoring off-guard, a reliable scoring wing, a two-way big Forward, and an all-around Center, with a bench of Simons, Nance Jr.,

Little, and Dennis Smith Jr., again not a poor balance out. But it hasn’t panned out for the team. There is the perpetual lack of defensive discipline, which has held the team back and the pairing of Lillard and McCollum hasn’t been high-yielding in tandem to cover it up.

Now, what has been the silverline? The play of Simons has been inspirational as he keeps showing his highscoring ways and keeps burying tough shots and also has become a terrific playmaker in absence of Lillard, something he hadn’t shown earlier.

Nasir Little has been showing his hops at a high level which means that the team can have something to build around even if they trade their key pieces. I will ask again as the trade deadline is a few weeks away, will the management stick to the current core or develop around the youngsters?