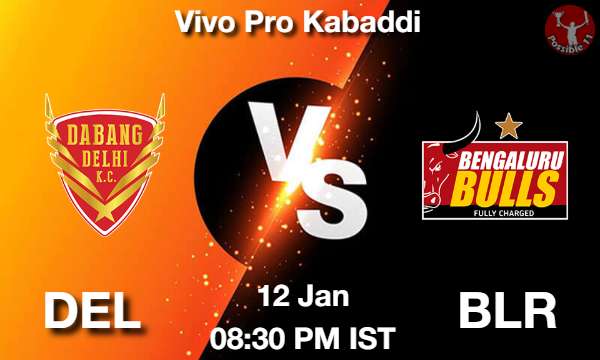 Wednesday night is set to be lit as two quality sides Dabang Delhi and Bengaluru Bulls will lock horns.

Both teams had been going really strong in the tournament till their last games, which both sides lost against much less-fancied opponents.

This will be a battle between Naveen and Pawan given both defences have shown moments of lapses.

Expect an exciting game as 2nd placed Dabang Delhi look to reclaim their top spot, while Bengaluru would too be fancying a chance to climb up from their 3rd spot.

Naveen Kumar:Naveen Kumar is a phenomenal young raider and has been doing the job for Delhi for a long time. The young sensation was the 3rd highest scoring player last season and has carried that form here. He is top on the list this season with 130 raid points to his name. He has now broken the record for maximum points in the first 50 games and is looking unstoppable. He had an off day against Jaipur Pink Panthers, where he scored just 7 raid points and would be eager to make amends, which might be a danger sign for Bengaluru.

SandeepNarwal:Sandeep Narwal has added a flair to the Delhi side and has held a key role in the Dabang Delhi defense. He is their top-performing defender this season with 14 tackles to his name. He can also put in a raid or two and is a key figure in the side.

Manjeet Chhillar: Manjeet Chhillar is one of the most experienced players in this Delhi side. The all-rounder has majorly taken up defensive duties this season and has seemingly hit peak form, which has seen his scored rise to 16 tackle points, including 4 in the last game.

Saurabh Nandal: Saurabh has emerged as the leader of the Bengaluru defence and has played with panache. The right-corner defender has brought out his best this season and his tally for the season reads 19 tackle points and is the top-scoring defender for his team. He will be a big threat for the pretty much one-man dependent Delhi raiding unit.

Aman:Aman has shown a lot of promise and has made the most of the chances been given to him. He has offered great support to the more experienced defenders in the side and the left-corner defender has put in 16 tackles. He will be eyeing a big haul tonight.

Naveen Kumar:Naveen Kumar is one of the finest raiders in the country and with experience under his belt now, he looks set to achieve big things. He seems to be in good flow and will look to bounce back hard from his struggles in the last game. 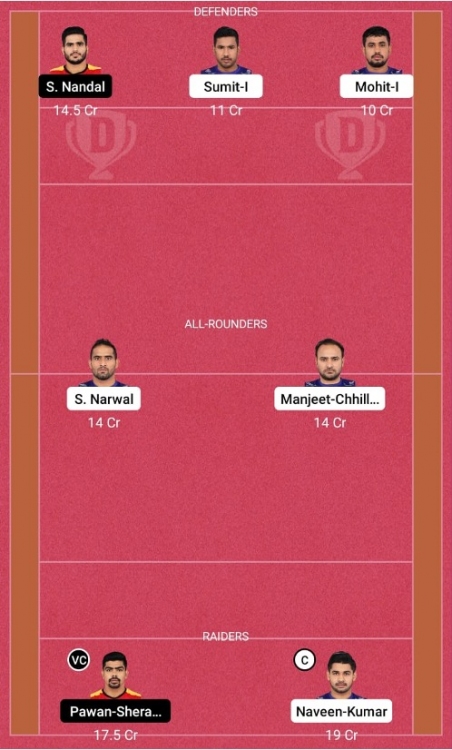