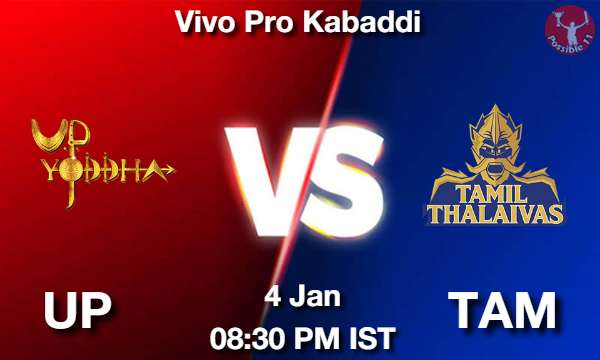 The second game of the day will see tie-specialists UP Yoddha and Tamil Thalaivas go against each other.

In the 5 games thus far, the Thalaivas have tied 3 games, while UP Yoddha have 2 ties in their 5 games.

The 2 sides are placed 6th and 8th in the table respectively and will be hoping to put in a better show tonight to climb up the ladder.

Surender Gill: Surender Gill put in some fine performances last season, which entrusted UP Yoddha to retain him. The youngster Gill has been superb this season and has outscored the mighty Pardeep Narwal. The 23-year-old has 29 raid points and has also produced 3 successful tackles. He will be key in this game.

Sumit: Sumit is as solid a defender as one can have in the side and has put on strong performances thus far. The left corner defender has scored 17 tackle points and is the top performing defender thus far. He scored 6 tackle points in the last game and he will be looking to replicate or even better his performances tonight.

Nitesh Kumar: Nitesh is another solid defender in UP Yoddhas ranks and gives nothing away. He was the sides top-scoring defender last season and the right corner defender has had a good start to the season with 8 tackle points to his name thus far. He will have a big role to play tonight and would be hoping to produce a big performance.

Manjeet: Manjeet had a sensational last season and has now emerged as the lead raider for the Tamil Thalaivas outfit. The youngster has had a bright start with 39 raid points to his name. He doesnt shy away from putting in a tackle either and has 3 tackle points to his name.

Surjeet Singh: Surjeet Singh is the leader in the Thalaivas unit. The right-cover defender is a solid defender and has made his experience count. He has claimed 15 tackle points in the 5 games thus far. Thalaivas would need another solid performance from their experienced pro.

Sagar: Sagar is a solid defender and came into the limelight in the last season. The right-corner defender has been aggressive in putting up tackles and has taken his tally to 15 tackle points. Expect another solid performance from the youngster.

UP vs TAM Dream11 Experts Team 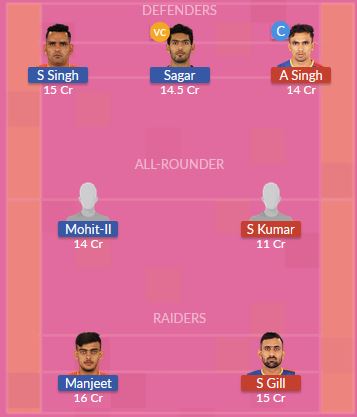 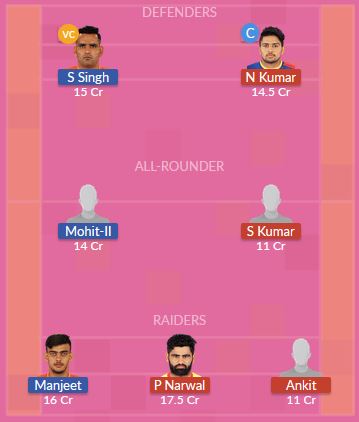