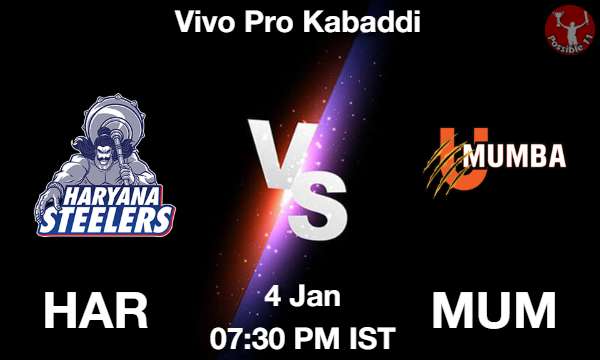 Haryana Steelers will lock horns against U Mumba in Vivo Pro Kabaddi on Tuesday, 04 January 2022 at 19:30 PM IST Tuesday evening will see a clash between Haryana Steelers and U Mumba. Both teams came into the tournament on the back of high optimism and while U Mumba have performed better thanexpected, winning 2 and tieing 2 of their 5 games, Haryana Steelers have managed just 2 wins in 5.

The JSW-owned side was among the heavyweights but their performances havent lived up to it and they are 10th on the table.

U Mumba came in with a mix of experience and youth, which seemed to have worked well, which sees them well-placed at 4th on the table.

J Kuldeep: J Kuldeep has looked a class apart with his defence and the left-corner defender has registered 17 tackle points in just 5 games, which sees him 2nd on the list of top-scoring defenders. He has formed a formidable unit with Nada and the duo will trouble most raiding units.

Meetu Mehender: Meetu Mehender is a talented young raider and he came into his own in the last game, scoring 11 raid points, including a super raid to take his tally for the season to 33 raid points. He has done exceedingly well in 2 of the last 3 games and will hold the key in this game.

Surender Nada: Surender Nada missed the last season due to an injury he picked up before the start of the tournament, and showcased what the Steelers were missing in that time. Nada is one of the most experienced defenders in the league and has accrued 16 tackle points and 2 bonus points, making him one of the top-scoring defenders.

V Ajith Kumar: V Ajith Kumar was a star for the Tamil Thalaivas last season and the youngster did a phenomenal job, playing alongside Rahul Chaudhari. He has started this season really well and is the sides protagonist with 48 raid points in the 5 games and is leading the sides raiding department.

Rinku HC: It is always good to see youngsters rise to the occasion and Rinku has done just that. The right-corner defender put in 4 key successful tackles in the last game to take his tally to 11 for the season. He will be key in this game.

V Ajith Kumar:V Ajith Kumar has risen to the occasion and has led from the front, overtaking lead raider Abhishek Singh. The youngster was prolific in the last game and would be hoping he can bring that form here, though he might have his task cut out against a solid Haryana defence.

Vikash Khandola:The Haryana raider would be confident going into this game, having done well in the last game. U Mumbas relatively weak defence would instil further belief in him 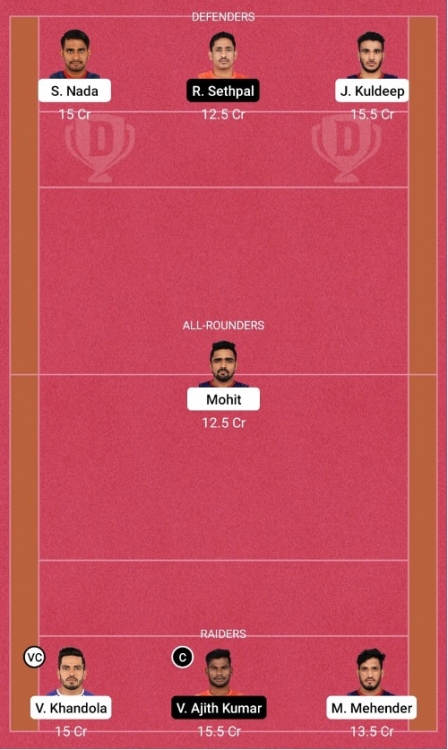 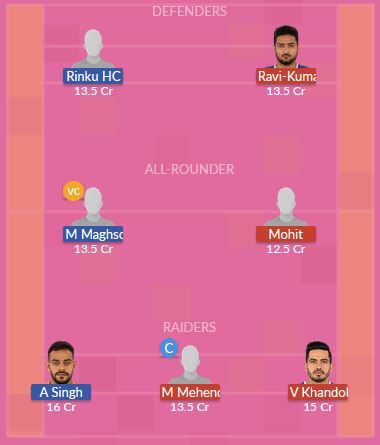