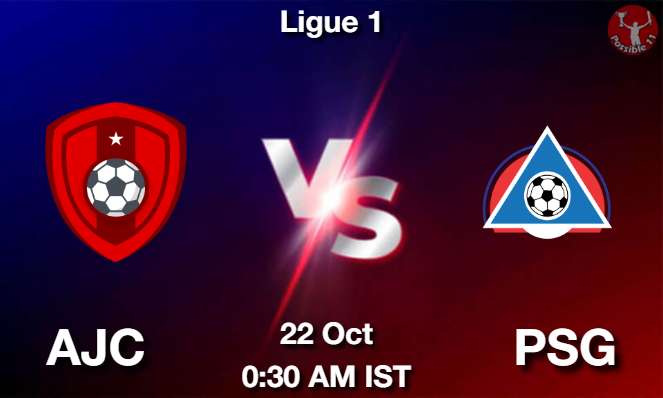 AJC vs PSG Weather Report: The weather will be clean and there are no chances of rain.

Ajaccio and Paris Saint-Germain will face each other in Ligue 1 at Stade Francois Coty, Ajaccio in the Round 12 match. Ajaccio has seen two wins and two draws along with sevenlosses in 11 league matches and is in 18th place with eight points. They are one of the worst attacking teams in the league, having scored just eight goals so far. In their last league match, he faced Troyes and saw a 1-1 draw.

The defending champions, Paris Saint-Germain are doing good this season as well and aresitting in 1st place with 29 points after 11 matches in the league. They managed a victoryin the last league match against Marseille by 1-0. They have an edge in this match.

AJC vs PSG Ligue 1 Match Expert Advice: Thomas Mangani will be a top multiplier choice for the small leagues. Mounaim El Idrissy will be a decent choice for the captaincy in the grand leagues.

AJC vs PSG Head to Head

AJC vs PSG match will be live telecast on Fancode

AJC vs PSG dream11 prediction video will be posted soon

Where can I see AJC vs PSG Live Score?

You can see AJC vs PSG Live Score on Fancode, etc.

You can watch AJC vs PSG match highlights on Fancode and also watch after match here. 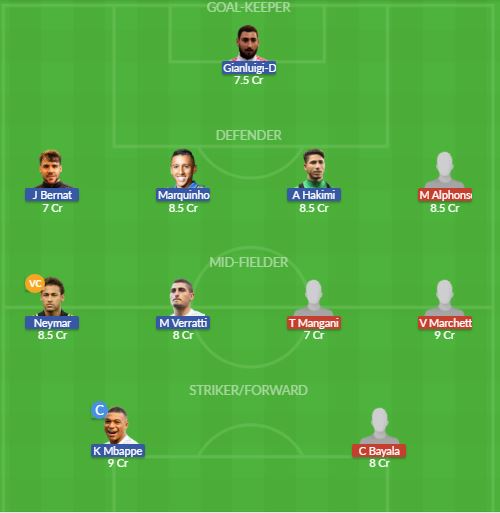 Q-5, What are AJC vs PSG dream11 Captain and Vice-Captain Choices?

Q-6, Is there any injury in AJC vs PSG today match?

A-6, There are no injury updates as of now in AJC vs PSG today match. Will update in the app if any news comes

Q-7, Where can I see AJC vs PSG Live Score today match?

A-7, You can see AJC vs PSG Live Score on the Possible11.com website, and the possible11 app.