Lazio and Atalanta will face each other in Serie A at Stadio Olimpico, Rome in the Round23 match. Lazio have been in decent fashion this season and they are in 6th place after playing 22 league matches. The last Coppa Italia match was in their favor when they played against Udinese and won by a 1-0 scoreline. In the last 20 head-to-head matches, they have managed seven wins, five draws, and faced eight defeats.

Atalanta are a very attacking team, having scored 44 goals in 21 league matches. Theyrarely fail to score but are defensively weak as well. They have been decent in Serie A thisseason, winning 12, losing three, and drawing six from their last 21 league matches. Inthe last match, they saw a goalless draw against Inter in the league. 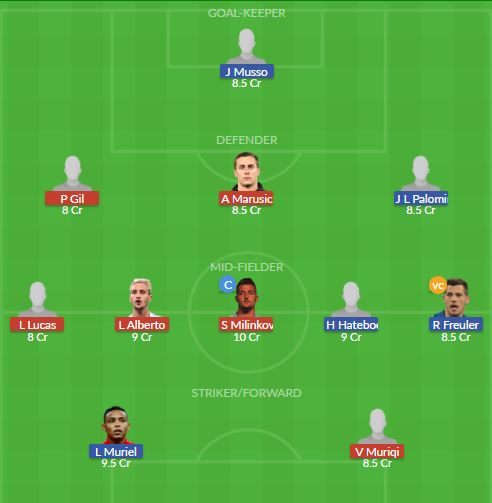