Portugal will lock horns against Vitebsk in Portuguese League on Tuesday, 18 January 2022 at 01:45 AM IST

Portimonense FC and Vitoria Guimaraes SC will face each other in the Portuguese League at Estadio Municipal de Portimao, Portimao in the Round 18 match. Portimonense FC rarely fails to score and is defensively weak as well which should mean that both teams find the back of the net here. In the 17 games they have played, they have managed seven wins, three draws, and seven losses while scoring 18 goals and leaking 18 as well. They are in 7th place with just 24 points thus far.

Vitoria Guimaraes enter into this clash in a mixed form, losing two of their last five matches along with a draw while winning the other two. They are coming into this game after a defeat against Gil Vicente FC in a 2-3 clash, away from home. They are in 8th place with 23 points in their account.

Oscar Estupinan: Estupinan has played a significant role in the campaign so far with six goals and an assist in 13 matches in the league. He is known for off-the-ball movement, technical skills, pace, and his ability to score from tight angles. He leads the attack and has had a decent season for them. He has the potential to turn the tides for his side and hence he should be a must-pick player in your fantasy football team.

Ricardo Quaresma: Quaresma has one goal and one assist to his name in nine league starts this season. He makes tackles and interceptions at crucial junctures of the game and always looks to keep all sorts of threats. He can be a decent pick in the absence of Marcus Edwards 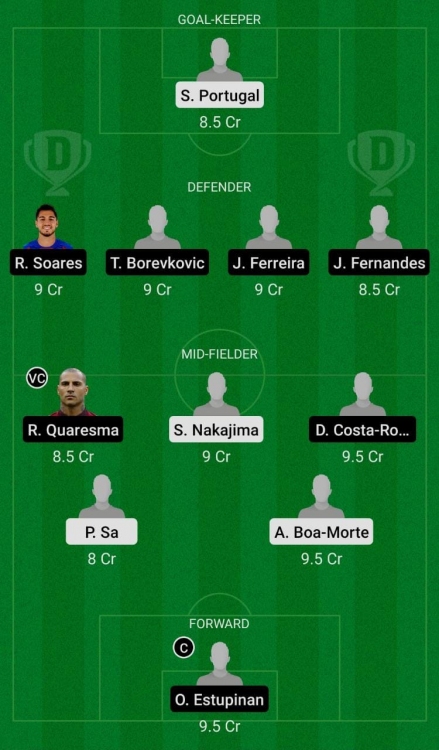