Cape Verde and Cameroon will face each other in the Africa Cup of Nations at Olembe Stadium, Yaounde in the Round 3 match. Cape Verde had won three out of their six World Cup Qualifiers, drawing two and losing the other one to collect 11 points. In their opening match of the Africa Cup of Nations, they locked horns against Ethiopia and sealed a 1-0 victory followed by a 0-1 defeat against Burkina Faso. Cameroon is doing really well at both ends and they are getting positive results as well. In the World Cup Qualifiers, he performed above expectations and secured five wins out of six. In their Africa Cup of Nations last two matches, they played against Burkina Faso and Ethiopia, having registered two victories. They have a clear edge in this match.

Vincent Aboubakar: Aboubakar has contributed heavily in the league for his side in this edition of the competition. He makes tackles and interceptions at crucial junctures of the game and always looks to keep all sorts of threats. With his four goals in the last two matches, Cameroon earned six points in that run. In his last seven matches, either he scored a goal or assisted in each match. One of the top players in the team and a solid pick, he is the player who is said to be reliable.

Karl Toko Ekambi: Ekambi has registered five goals and two assists in 17 league matches and has been a consistent performer. In the World Cup Qualifiers, he recorded two goals, one against Mozambique and another against Ivory Coast. He is one of Cameroon’s main attacking players in the last few matches with his pace and movement. He netted two goals in his last match against Ethiopia. 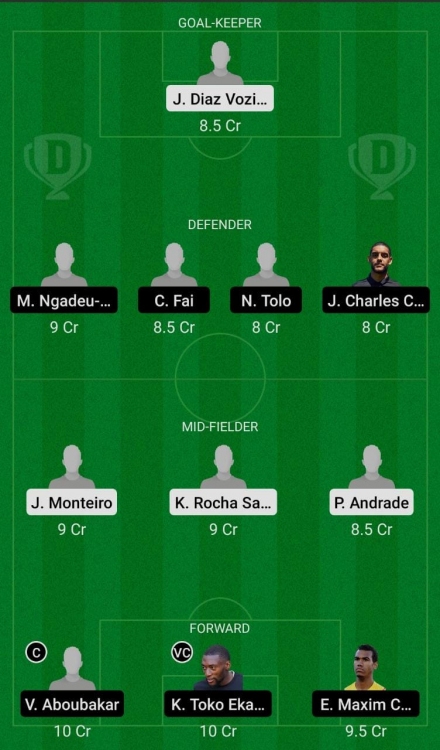