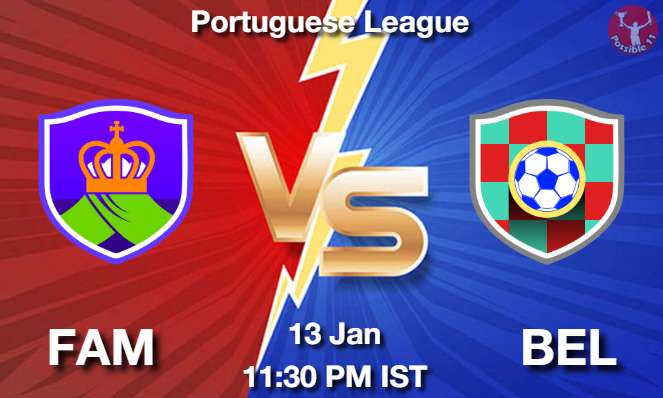 Famalicao FC and Belenenses FC will face each other in the Portuguese League at Estadio Municipal de Famalicao, Famalicao in the Round 16 match. Famalicao have been playingvery poorly this season, resulting in back-to-back disappointing matches. They will be low on confidence coming into this game. They are currently in 17th place with 12 points intheir account.

Belenenses FC are hovering in the relegation zone of the table and they do head into this match following four consecutive defeats followed by a 2-1 victory across all competitions. They are weak in front of goals, having scored just nine goals in 16 league matches, the worst attacking team in the league so far.