World Cup Qualifiers: SAU vs CHN - Saleh Al-Shehri to be backed with the armband 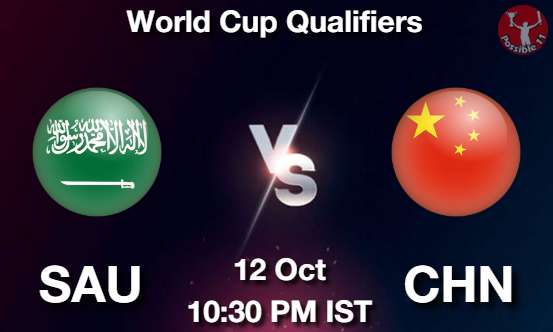 Saudi Arabia looks to maintain their 100% record in this 3rd stage of the World Cup Qualifiers as they take on China here. The hosts registered their most impressive win of the campaign last time around, as they edged past Japan by a 1-0 scoreline which has put them in pole position to secure a place at the World Cup next year.
China, meanwhile, registered their first win of this stage last time around against Vietnam thanks to a stoppage-time goal.
Japan’s slow start means China still stands a shot at securing a spot in the playoffs but getting a win here seems like a tall order.

Saleh Al-Shehri and Fahad Al-Muwallad are good forward picks. Al-Shehri has 5 goals to go with an assist in his 7 outings in the Qualifiers while Al-Muwallad has 4 goals and an assist in 7 outings.
Mohamed Kanno is a solid midfield option here, with the Al-Hilal man averaging 2.5 tackles, 1 key pass, and 45.5 passes per game in his last 2 games for Saudi Arabia.
Sultan Al-Ghanam has 2 assists to his name in the Qualifiers in just 6 appearances and is the best defensive option here. Saudi Arabia has also kept clean sheets in 2 of their last 3 games, so there is plenty of value here.

Yuning Zhang has been in excellent form for club and country, with his goal against Vietnam last time around making it 6 goals in his last 5 games for China and Beijing Guoan. He now has 3 goals to go with 2 assists in 5 appearances in the Qualifiers.
Wu Lei is China’s top scorer and assist provider in the Qualifiers with 10 goals to go with 4 assists in 11 appearances, making the Espanyol man a must-have pick for this one.
Wang Shenchao assisted two of their three goals against Vietnam last time around to take his tally to 3 assists in 6 outings in the Qualifiers. Clean sheets have been hard to come by so we need to look for some attacking value here.

1.Saleh Al-Shehri: Al Shehri has scored twice in his last 3 outings in the Qualifiers, making him our top pick for the armband here. China has also looked very vulnerable at the back, so we back him to make an impact here.

2.Wu Lei: Wu Lei scored twice against Vietnam last time around to help China get their first win in this stage of the Qualifiers. He is by some distance the biggest goal threat from the visitors and is a solid captaincy option. 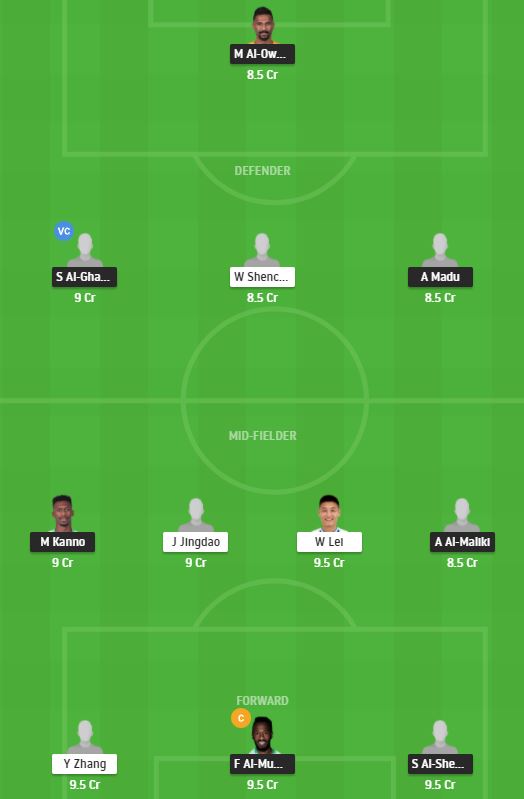 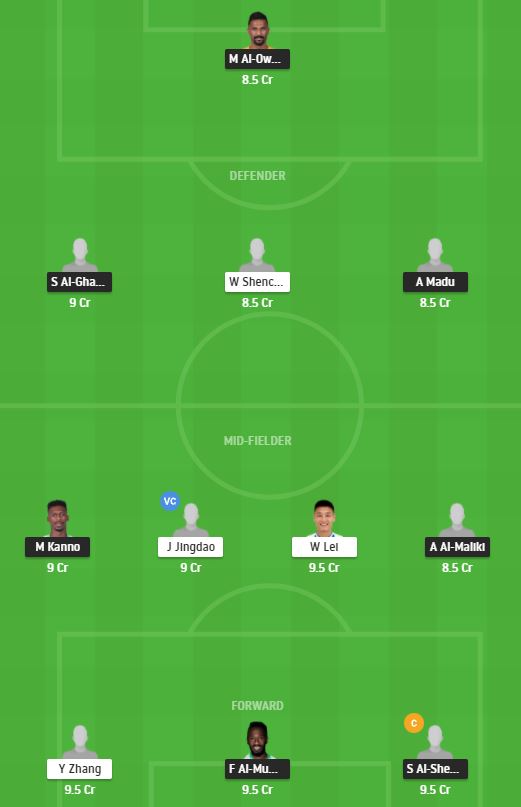