World Cup Qualifiers: COL vs BRA - Neymar to be backed with the armband 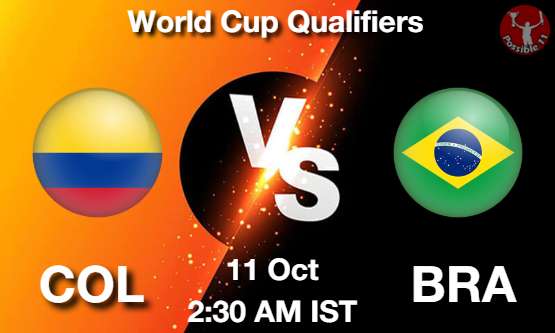 When Brazil travels to Barranquilla to play Colombia on Sunday, they will be seeking their 10thconsecutive victory in World Cup Qualifying.

Hosts Colombia are coming off a 0-0 tie against OscarTabarezs Uruguay in their previous match which leaves them 5th in the standings. Brazil, on theother hand, won their most recent match 3-1 against Venezuela, as goals from Marquinhos of ParisSaint-Germain, Gabriel Barbosa of Flamengo, and Antony of Ajax secured the victory for Tites Brazilin the second half.