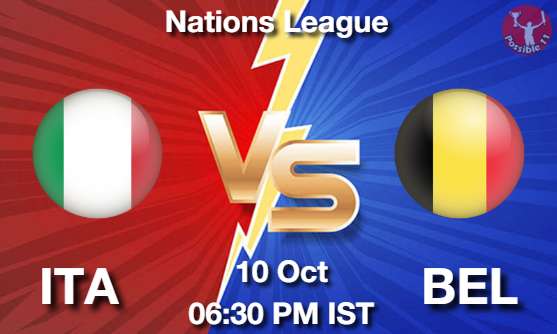 The UEFA Nations League third-place game will take place between Italy and Belgium at AllianzStadium, Turin in Italy.

In the semifinal game, Italy faced a 1-2 defeat against Spain and arecurrently placed at the 5th spot on the FIFA world ranking.

On the other hand, Belgium also facedan embarrassing 2-3 defeat against France in the semifinal game and are currently standing at the1st position on the FIFA world ranking.

After analyzing the recent form and statistics of these two sides, host Italy are the slight favorites tosecure a win in the encounter but we can expect goals from both ends of the pitch.