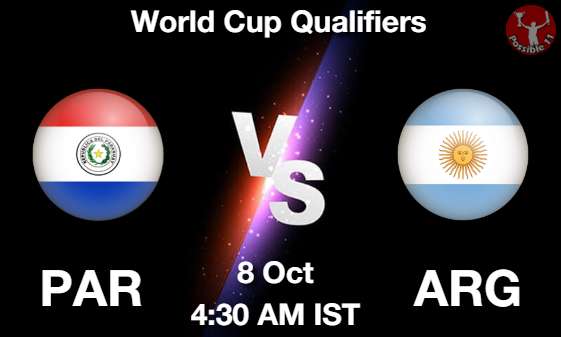 Argentina will try to extend their unbeaten start to World Cup 2022 Qualifying alive when they face Paraguay at the Estadio Defensores del Chaco on Thursday. Paraguay are now ranked sixth in the qualifying standings due to some inconsistency in their performances.
Last month, the hosts did eke out a 2-1 victory over Venezuela, but theyll have to step it up a level in this match. Argentina, on the other hand, has been outstanding under Lionel Scaloni and are 2nd in the standings. The Albicelestes defeated Bolivia with a Lionel Messi hat-trick in their previous encounter and will be looking for a repeat performance in this one.

Angel Romero is an excellent forward pick as he is the top scorer and assister for Paraguay in these Qualifiers with 4 goals to go with 3 assists. He also averages 1.3 key passes and 1.4 shots per game.
For the midfield option, Alejandro Romero is certainly the best pick, as he has 2 goals in the competition so far. He also averages 1.7 key passes to go with 1 tackle per game.
Robert Rojas can be a good defensive option from a Paraguay defence that has struggled a bit recently. He generates good returns consistently thanks to averages of 2 tackles and 1 interception per game.

Lionel Messi is the obvious attacking pick from Argentina. The PSG star has 5 goals so far in the competition and has created 2 big chances as well. He also averages 2.5 key passes and 4.5 shots per game. Messi will as usual run the attack for Argentina and is expected to cause problems for the Paraguay defence.
Giovani Lo Celso is a good midfield pick as the Spurs midfielder has 3 assists to his name so far in the competition in 4 appearances. He also averages 1.5 key passes and 2.3 tackles per game.
For the defence, Marcos Acuna is a fantastic pick. He can be vital in both ends of the field as he averages 1.8 tackles and 1.3 key passes per game. He has assisted once in La Liga this season as well.

Lionel Messi: Messi is the best captaincy option for this game and it is a no-brainer. The former Barcelona forward is in sensational form for Argentina as he scored a hat-trick against Bolivia in the last game. He has also scored once in his last 2 games for PSG.
Angel Romero: The top scorer for Paraguay is in good form as well. To go with his 4 goals for these Qualifiers which includes one against Argentina, he has assisted thrice in his last 2 games for them and is a viable captaincy option. 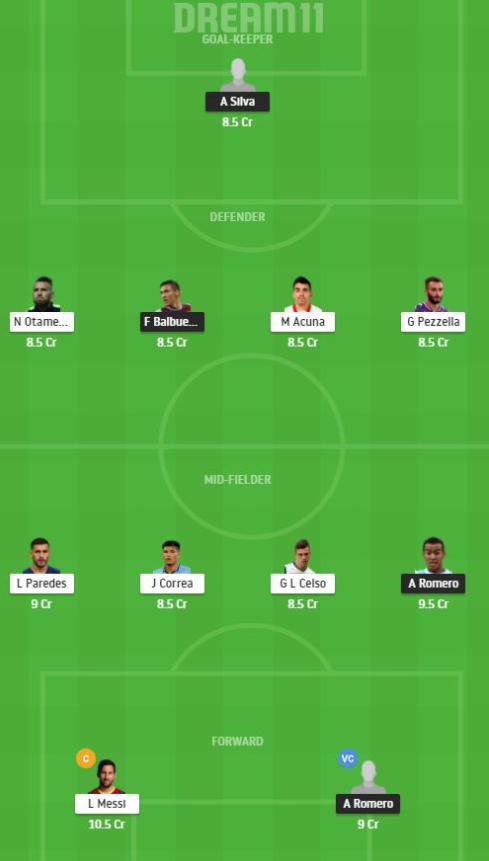