Manchester United will be looking to carry their good run of form forward when they take on Aston Villa at home on Saturday.

TheRed Devils are currently sitting at the third spot in the Premier League table after five games and are only separated from the top twoteams — Chelsea and Liverpool — by goal difference.

United have scored 13 goals in the league so far, the most among all teams.They havent been that bad defensively either as they have conceded just four goals in five games. Aston Villa, on the other hand,have had a pretty misled start to the season. Out of their five matches so far, they have won two, drawn one and lost two.

While theyhave scored a decent number of goals (8), they have leaked seven goals already.

Their defense is one area that might make them payin this match and Manchester United will be looking to take advantage of that as well.

Captaincy options (in order of priority): 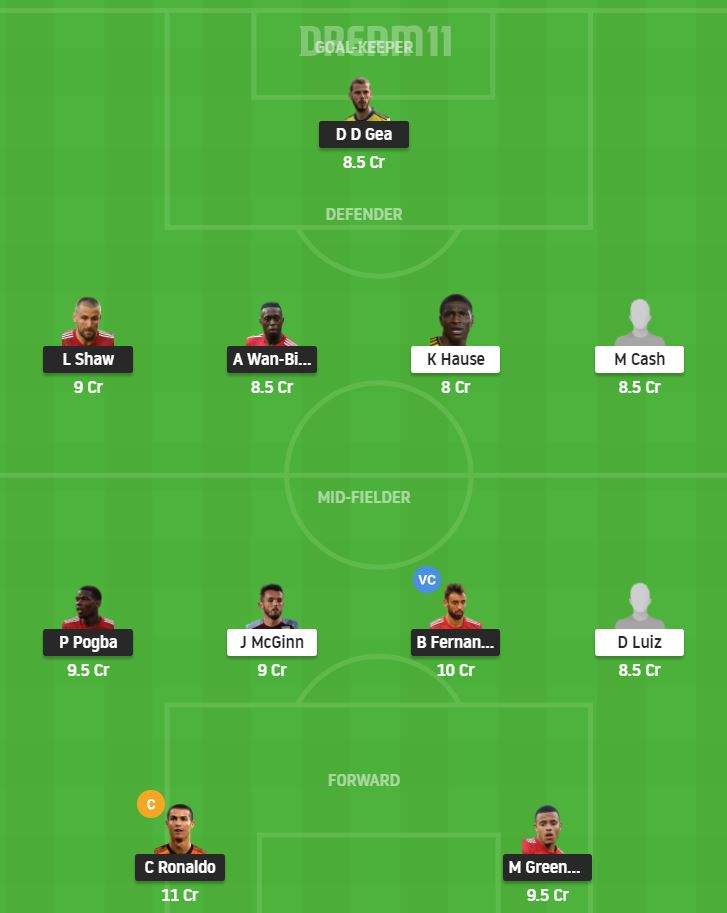