Korean League: SE vs INC - Stefan Mugosa is a good bet for captaincy

FC Seoul are playing very poorly recently as they have earned just five points intheir last eight matches in the league. Currently, they are in 11th place in the standings with 29points in their bag.

In the last league fixture, they finally tasted a win after seven winless matchesagainst Suwon FC by a 2-1 scoreline.

Incheon United have seen 10 wins in their last 28 matches of the campaign and are sitting in 7thplace with 36 points in their hands. 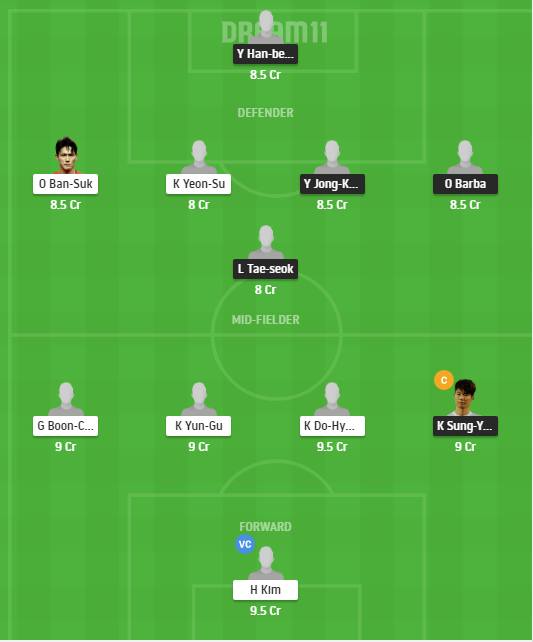