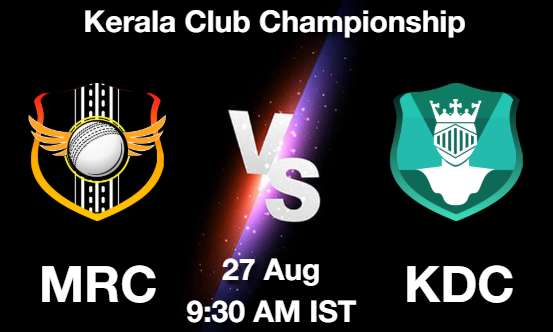 The surface is on the slower side and the batters need to work hard for their runs. It’s not a high-scoring venue, even the score of 150 is defendable.

The weather seems cloudy and there are chances of rain

Kerala Club Championship will be played between 27th August and 14th September. 10 teams will be participating in this competition and they are divided into 2 groups. A total of 34 matches will be played over the next 3 weeks.

Masters-RCC will take on Kids Cricket Club in the inaugural match of the Kerala Club Championship on Friday.

KC Akshay is a left-arm orthodox spinner who has represented Kerala in both longest and limited-overs format where he has picked up 47 wickets combined.