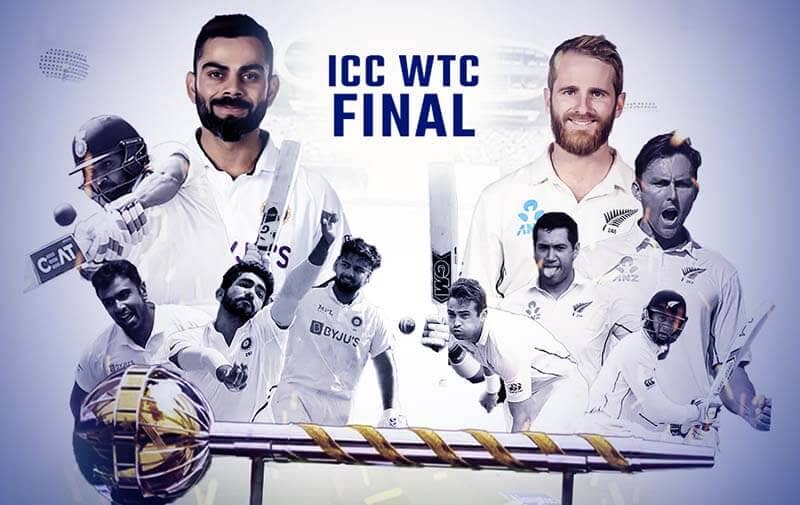 Sunil Gavaskar needs no introduction. With his 10,122 Test runs and 34 centuries apart, the Little Master was part of Indias 1983 World Cup-winning team and also led India to the Benson and Hedges ODI triumph in Australia two years later. The legend is currently in England ahead of Indias World Test Championship Final against New Zealand, where he will be doing television commentary.

Gavaskar has been following the New Zealand team as they prepared for the WTC Final with a two-Test series against England. He is quite certain that India, who are preparing in Southampton, will be up for the fight. The former opener, during an interaction with TOI, spoke about Indias chances and a lot more.

Its even-stevens in my view because both the teams are well balanced. There are some who think New Zealand has the advantage of being match-ready (after their 1-0 series win in England). But then India will be matched hungry and fresh and eager to get on the ground after a month of inaction. India has more impact players with both bat and ball and they should win this game.

India did have problems in New Zealand but unless the weather is wet and cold they should be able to counter the swing and movement in England.

Who would you pick ahead of these two? At the moment, both are integral parts of the team and getting better with every match. So I am not worried at all.

This could be a double-edged sword. With only three days between the second Test (against England) and the WTC Final, some of their older players could have a niggle or two and that can hamper their performance.

There are always battles within a battle. So clearly the one between Kohli and Williamson, the top two batsmen in Test cricket on a batting level, will be as crucial as the one between Trent Boult and Rohit Sharma or a Neil Wagner versus and a Jasprit Bumrah versus Conway. Thats something to look forward to.

Absolutely. Both will have crucial roles to play in the game. Whats been heartening to see is the massive improvement in their batting, which allows the Indian team to go in with at No. 6, then these two all-rounders and the quicks.

New Zealand has a very good attack, so its hard to pick one, but it will be interesting to see how Wagner bowls on this pitch.

In Test matches there is a provision for a draw so yes, sharing a trophy is fine. Having a best-of-three-Test finals means teams will have to keep almost one month aside from their international calendar. Also does best of three mean three different venues? Then you could have different pitches and different conditions.

Yes, I have been blessed to be associated with the Heart to Heart Foundation (H2H) for some time now. H2H is involved in creating awareness of the issue of CHD (congenital heart defects) in children and raising funds that help Sai Sanjeevani Hospitals provide free surgeries to the kids.

I havent really seen him bat but anybody who gets a big double hundred is obviously a fine player. But the Indian attack has more variety than the English attack so it wont be easy for him. Having said that, I am looking forward to seeing how Conway tackles the Indian challenge.

Absolutely. Both will have crucial roles to play in the game. Whats been heartening to see is the massive improvement in their batting, which allows the Indian team to go in with Rishabh Pant at No. 6, then these two all-rounders and the quicks.