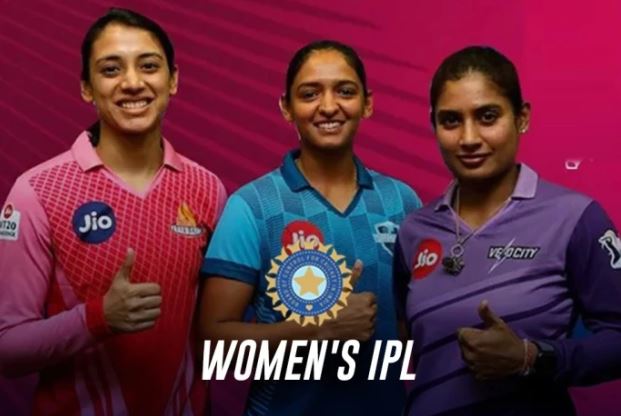 The Women's Indian Premier League (WIPL) media rights were sold by the Board of Control for Cricket in India (BCCI) for a staggering 951 crores. While the media rights for the years 2023 to 2027 were won by Viacom18, BCCI would still get INR 7.09 for each match during the following five years. It's noteworthy to note that the WIPL's media rights per match are more than those of the PSL given that the 2023 season will be its first.

The Pakistan Super League (PSL) has reached a two-year broadcast agreement with local sports channels A Sports and PTV Sports, worth USD 24 million. According to the Pakistan Cricket Board (PCB), this represents a 50% increase from the previous deal, which was worth USD 36 million over three years and included international rights.

NEWS 🚨- The BCCI is pleased to announce Viacom18 Media Private Limited as the successful bidder of Media Rights for the Women’s Indian Premier League (WIPL) Seasons 2023-2027.

However, this time around, the international broadcast rights for the league were sold separately, accounting for the increase as well as the fluctuation in currency exchange rates. The PCB is pleased with this outcome, particularly as it involved competition among local channels, indicating a resurgence in the local broadcast industry. The winning consortium, comprising of ARY, the owner of A Sports, and the state-owned PTV, as well as Geo Sports, the second-highest bidder.

This agreement follows the recent resolution of a financial model dispute among the PCB and PSL franchises, which had been a prolonged and uncertain process that had threatened the league's existence.

Women’s IPL Media Rights: The Board of Control for Cricket in India (BCCI) announced on January 16 that Viacom18 had won the closed-bid auction for the media rights to the upcoming Women's Indian Premier League (WIPL) for a total of Rs 951 crore over a five-year period. Viacom18's bid beat out those of competitors Disney+ Hotstar and Sony. The auction for the T20 league took place on Monday in Mumbai.

After pay equity, today's bidding for media rights for Women's IPL marks another historic mandate. It's a big and decisive step for empowerment of women's cricket in India, which will ensure participation of women from all ages. A new dawn indeed! #WIPL @ICC @BCCIWomen

Jay Shah sent out two tweets on January 16: the first declared that Viacom18 had purchased the media rights, and the second stated that, in addition to pay equity, the media rights competition for the Women's IPL represents yet another historic mandate. He calls it the start of a new era and a crucial step in advancing women's cricket in India. Jay Shah is hopeful that the WIPL will inspire female athletes of all ages to take part.

As is common knowledge, the IPL is the most lucrative league event in cricket history. The Women's IPL is currently the second-richest Cricket League in the world thanks to recent advancements. In its first season, the Women's IPL in India has grown to surpass the PSL for Men in Pakistan.

Since you all will insist here it is