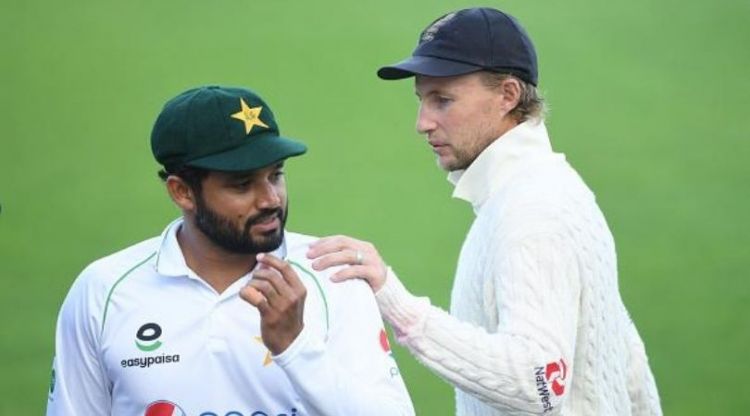 It has been officially announced that the first Test match between England and Pakistan will take place as scheduled on Thursday, despite some English players contracting an unknown virus just a day before the game.

Both the ECB and the PCB have decided to postpone the start of the first Test for the time being. If England is unable to field their first XI, the Test match will begin on Friday (December 2). The Pakistan Cricket Board (PCB) and the England and Wales Cricket Board (ECB) reached an agreement on this decision (ECB). If the first test schedule is altered, it has been confirmed that the second and third tests will follow suit.

Ben Stokes had already named his England XI two days before the first Test in Pakistan in 17 years, confirming Liam Livingstones debut and giving Ben Duckett a recall at opener six years after the last of his four appearances.

However, with "13 to 14 members" of Englands touring party suffering from sickness and diarrhea during the buildup, including "six or seven" of their 16-man playing squad, late changes or even a 24-hour delay to the start of the series opener remain possible.

The decision was made by the two boards based on medical advice from England doctors: ECB

“I don’t think it’s food poisoning or Covid or anything like that. The thing is we have been carrying a chef away for a couple of years. If you look at the international teams, especially England, they all have their own chefs. We optimize ourselves and we see it from a nutrition point of view as well,” Joe Root said.

The PCB and ECB are in discussions regarding the commencement of the 1st #PAKvENG Test as some England players are down with viral infection. The PCB continues to monitor the situation, is in contact with the ECB and will provide further updates in due course.

Which virus hit England team in Pakistan before 1st test?

Danny Reuben, England Team Manager, did not elaborate on the nature of the illness. He stated that the players had been asked to take a break. The PCB had to postpone the unveiling of the series trophy by a day due to Stokes absence. The unveiling will now take place prior to the first Test toss.

Pakistan vs. England: The PCB and ECB will make a decision on the Rawalpindi Test at 8 a.m., with 90% of Englands Test squad, including Ben Stokes, suffering from a virus.

We have named our XI for our first Men's Test against Pakistan!

On Tuesday, the entire squad had practiced. The virus outbreak may force England to change the team announced on Tuesday for the Test. Lancashire all-rounder Liam Livingstone will make his Test debut on Thursday, while opener Ben Duckett has been recalled for the first time in six years.

According to reports, 13-14 members of the visiting team contracted the virus, which was previously thought to be a case of food poisoning. The assumption was quickly dispelled, as the England team has its own personal chef for this tour. More importantly, it has been confirmed that the players do not support COVID-19.

According to an ECB spokesperson, the affected players complained of vomiting and diarrhea. The virus has infected seasoned players such as veteran pacer James Anderson and Test captain Ben Stokes.