Who are Sunil Chhetris fav strike partners in international football? 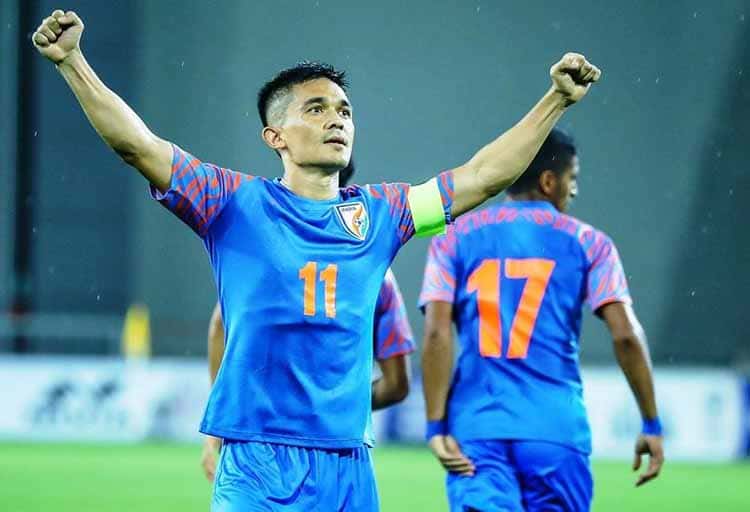 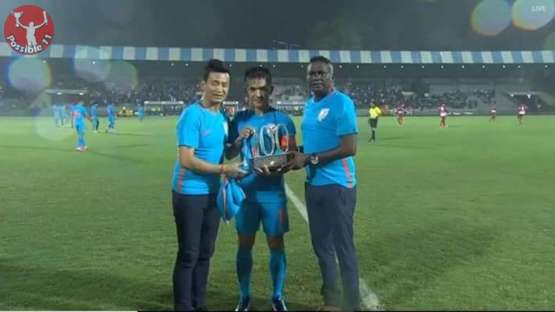 Sunil Chhetri played a key role in Indias win over against Bangladesh on Monday to help the Blue Tigers secure their maiden victory in the ongoing 2022 World Cup and 2023 Asian Cup joint qualifiers in Doha, Qatar.

The Indian skipper scored a brace to surpass Lionel Messi and UAE star Ali Mabkhout to reclaim his second place in the list of highest international goalscorers among active players.

It wasnt the best of performance for the Indian star who had missed two sitters early in the match. But he made amends by scoring two quality goals to seal crucial three points for the Blue Tigers.

Chhetri was seen celebrating with the Indian coach Igor Stimac after his opening and the player revealed what he told his coach at that time.

What did Chhetri tell Stimac after scoring the opening goal against Bangladesh?

"I was just telling him, delete what I did from Brandons (Fernandes) cross. I knew how disappointed I was, how easy a chance it was and the minimum it required was hitting the target. That was a very easy chance and at a time when the team needed that goal and I shouldnt have missed it. I just apologised for the first miss," informed Chhetri. 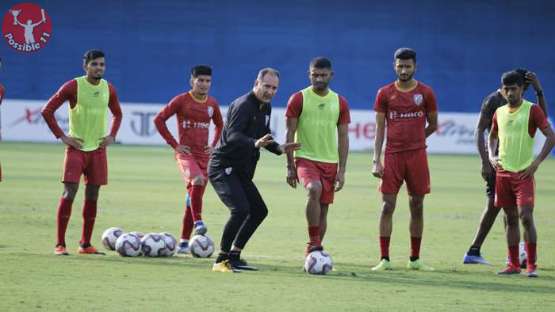 He continued, "We trained for this for the whole week. We knew this is what Brandon can do and we just need to hit the target. Manvir (Singh) didnt do it in the first half and I missed a couple of chances. Thankfully we still got the two goals later."

Stimac encourages us to keep possession of the ball

Chhetri opined that the Blue Tigers need to be braver and keep more possession of the ball in order to improve further.

"The onus is on the player. The coaching staff has done a brilliant job. Our head coach encourages us to keep the ball. Our immediate step should to be a little bit braver and keep the ball," said the Indian skipper.

The veteran Indian striker chose Bhaichung Bhutia and Jeje Lalpekhlua as the best strike partners he has ever played with.

"I will be biased towards two players, Bhaichung Bhutia and Jeje Lalpekhlua because I have spent the most time with them and they have been brilliant. And out of those two, Ill choose Bhaichung because he was that good and he helped me a lot. Playing with them made life simpler for me," stated the Indian star. 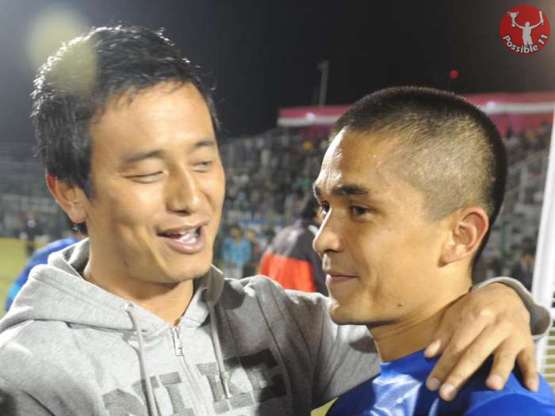 If somebody is good, Stimac will give him a chance

The Indian skipper spoke about the challenges the team faced during the Igor Stimac era but he also praised the Croatian coachs courage in giving opportunities to several new Indian players.

"It is difficult when want to play in a certain way and you also have to play against higher-ranked teams and simultaneously get results. It is a difficult balance to maintain. But inside the camp, we only try to remain in sync with the coach. You cannot guarantee results but if we are in sync with what the coach wants then we are good to go.

"As far as result are concerned it has not gone well, but look at the silver lining. Here we have a coach who is not worried about giving chances to players. Previously there used to be criticisms that players are not given chance but now if you do well in the I-League or the ISL, you will be given a chance. Sometimes I feel, he doesnt even care. If he feels somebody is good he will always give the boy a chance. His idea is to get the top 14 players and then make changes here and there. When it clicks, he will get the first 14 and it will be more stable," opined Chhetri