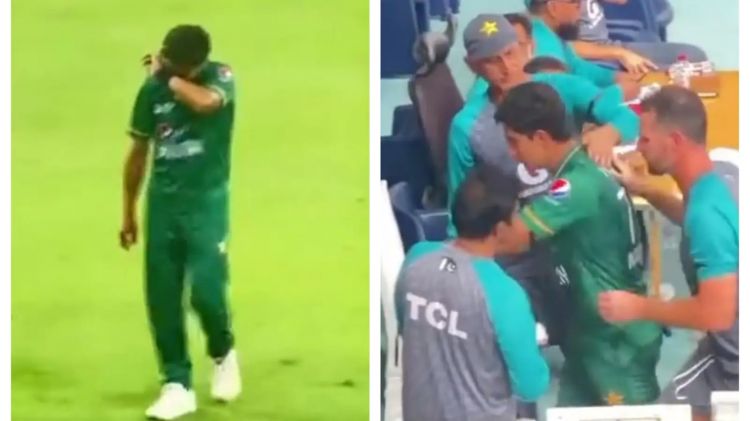 Zimbabwe stunned Pakistan in a last-ball thriller in the T20 World Cup at Perth on Thursday, October 27. Zimbabwes tenacious team held their nerve to defend 11 runs in the final over against Pakistan. Pakistan batters failed to score three runs in the final three balls against pacer Brad Evans. Zimbabwe had a famous victory over heavyweights Pakistan, who had played in the tournaments semi-finals the previous year.

Zimbabwes miraculous victory was led by spin all-rounder Sikander Raza, who took three crucial wickets on the day to break Pakistans batting orders back. In quick succession, Raza fired Shan Masood, Shadab Khan, and Haider Ali. After the match, an emotional Raza walked out and said his throat had dried up from all the emotions.

The entire final over was packed with drama. Nawaz looked to have a boundary off the first ball, but a fantastic effort by captain Craig Ervine at the long-off boundary denied Pakistan and forced them to settle for three. Young Brad Evans bowled a slower ball that Mohammad Wasim picked up well and drilled down the ground for four. Pakistan needed three off three after a single off the third ball, but Evans bent his back and beat Nawaz outside off.

Nawaz died while going for the glory shot, holing out at mid-off, where Ervine completed the catch. It all came down to three needed off the last ball, and Shaheen Afridi was facing the music. Shaheen and Wasim came storming back for the second, knowing that a Super Over might not be a bad idea given the long boundaries. Despite Chakabvas stumble, a diving Shaheen fell short, giving Zimbabwe a famous victory.

As the Zimbabwe players rejoiced, the Pakistani players were stunned, as was to be expected. The players were stunned as the camera panned to Babar Azam, who wore a dejected expression with his hands on his face. After the game, Babar admitted that his teams performance had been disappointing and cited Shadab Khan and Haider Alis back-to-back dismissals as the turning point in Pakistans chase.

Pakistans top order of Babar and Mohammad Rizwan failed once more, with Blessing Muzarabani and Evans providing the early breakthroughs. Shan Masood fought on, but Zimbabwe piled on the pressure by bowling one clean over after the other. Pakistans chase was perplexed when Raza came on to bowl and picked up three wickets in two overs, sending Pakistan into a tailspin. Nawaz attempted to redeem himself, but his 22 off 18 balls was insufficient.