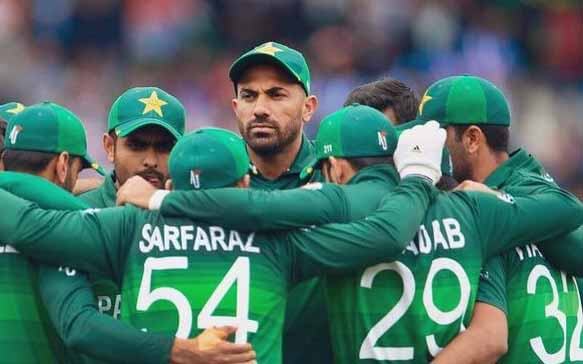 Wahab Riaz says that the Pakistan team can beat India in the match to be held in Dubai on October 24. This match will be played in the ICC T20 World Cup 2021.

On October 24, there will be a war between India and Pakistan on the Dubai ground. The cricket teams of India and Pakistan will be face to face for the first time after the World Cup 2019. Everyone is waiting for this day. Meanwhile, the Pakistan teams fast bowler Wahab Riaz has made a big claim.
Riyaz says that Pakistans team can beat India in the match to be held in T20 World Cup 2021.

Pakistan teams left-arm pacer Wahab Riaz has said in an interview with Pak Passion that Pakistans team can beat not only India but any countrys team in the upcoming T20 World Cup. However, he has also said that Pakistan can beat teams like India only if we play with full strength.
Wahab Riaz has played two T20 International matches against India, in which he has got only one wicket.

Wahab Riaz said, "They definitely have the ability to achieve that result. If Pakistan plays to its potential, it can beat any team in the world including India. T20 cricket is a format that The whole match that can change in a span of a few balls or a few minutes.
So Pakistan vs India match will be no different. If Pakistan does their best they can definitely beat India."

He further added, "Given the circumstances and where it is being held, I believe that Pakistan has a very good chance of winning the tournament. Pakistan has played a lot of cricket in the UAE and this has allowed them to win the competition.
They will be familiar with the conditions and they will know what the ball will do. If they show good play and can use the conditions to their advantage, there is no reason why they should be headed for the title. cannot be considered among the claimants."

At the same time, regarding his selection, he said, "If it is up to me, then my, yes, but it depends on the selectors who they want to include in the team and who they think will provide maximum utility.
A player As in, you can only perform and that is my goal and that is what I am doing all over the world. Recently I have played in Pakistan Super League (PSL), and I have shown what I am capable of I dont think I have to prove it again and again.
No matter what they feel, wherever I am getting a chance to play, I am doing well. Now lets see what the selectors have in mind and what Whether they want me to be a part of the future team or not is entirely up to them."