Kohli made a 65 off 84 balls, while opener Shikhar Dhawan struck a 73-ball 61, both scoring their second fifties of the three-match series.

Photos of Anushka Sharma and Virat Kohli’s baby girl Vamika have gone viral after her face was revealed by broadcasters on Sunday during India vs South Africa One Day International (ODI) match in Cape Town. The couple had previously especially requested privacy for their child. Now their fans are livid at what they saw as a breach of privacy.

During Sundays match, the live telecast showed Anushka standing in the audience and cheering for Virat. She had Vamika in her arms. The camera panned on them for about ten seconds, giving a clear-cut view of Vamika’s face for the first time.

After that several accounts on social media handles reshared her face revealing photos. 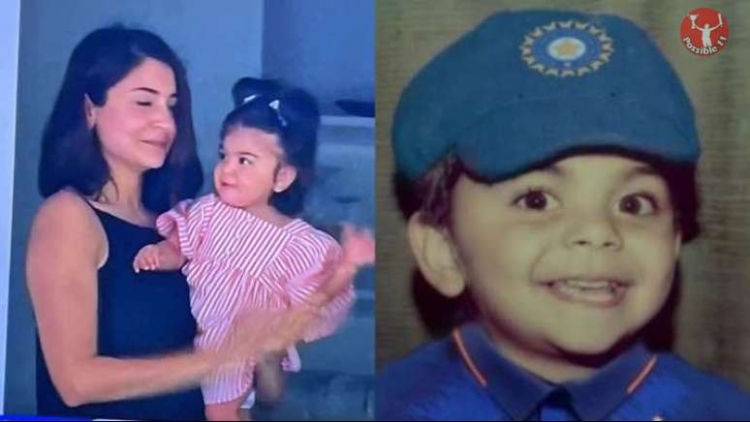 The day, however, ended in disappointment for Kohli and his teammates after India lost the match by just 4 runs, allowing South Africa to complete a 3-0 whitewash. India’s formidable batting line-up was a letdown once again and despite half-centuries by Virat Kohli (65 off 83 balls), Shikhar Dhawan (61 off 73 balls), and Deepak Chahar (54 off 34 balls), India was on the losing side for a third straight time, this time in pursuit of 288, ending a disastrous tour of the ‘Rainbow Nation’.

Vamika gonna trend today ❤️?
I am pretty sure 71st is coming, and king will dedicate this to his Lucky charm Vamika????#ViratKohli #vamika pic.twitter.com/vylUEbLtEs

Asked to take the first strike, South Africa were all out for 287 after Quinton de Kock’s attacking hundred and Rassie van der Dussen’s fluent half-century. In reply, India was all out for 283 in 49.2 overs, completely mishandling a chase that should have been completed smoothly.