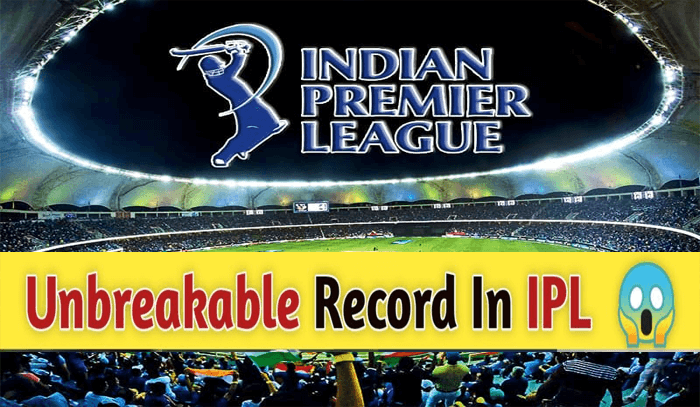 Today we will talk about some such records which are not likely to be broken, so lets see which records are there.

Most hat-tricks in IPL

Amit Mishra took the most hat-tricks

Leg spinner Amit Mishra is one of the best bowlers to play in the tournament but unfortunately, went unsold in the IPL 2022 Austin.

But he holds a record that will not be broken, he claimed hat-tricks during the 2008, 2011, and 2013 seasons. The reason we think this is an untouchable record is that it is quite challenging to get a hat-trick in the game. There have been 15 bowlers in the history of IPL who have taken a hat-trick, but none of them have done what Mishra has done so far. He has also hit a hat-trick of hat-trick 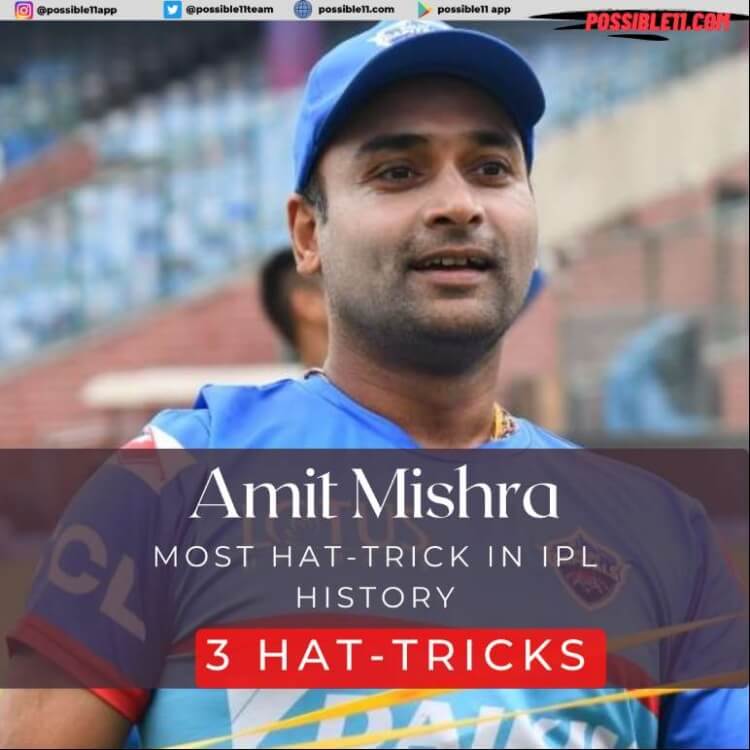 Here are 5 players who took hat-trick

Best Bowling figures in an inning in IPL history

Who has the best Bowling Figures in an inning in IPL? Alzarri Joseph holds the record for best bowling figures in an IPL inning. He played a magnificent game for Mumbai Indians in a thrilling match against SRH and clinched 6 wickets for just 12 runs. It was a low-scoring match while batting first MI scored only 136 runs and it looks so easy to win the match for SRH but Alzarri had different plans and with his help, Mumbai Indians bundled Sunrisers Hyderabad for just 96 runs losing the match by 40 runs. 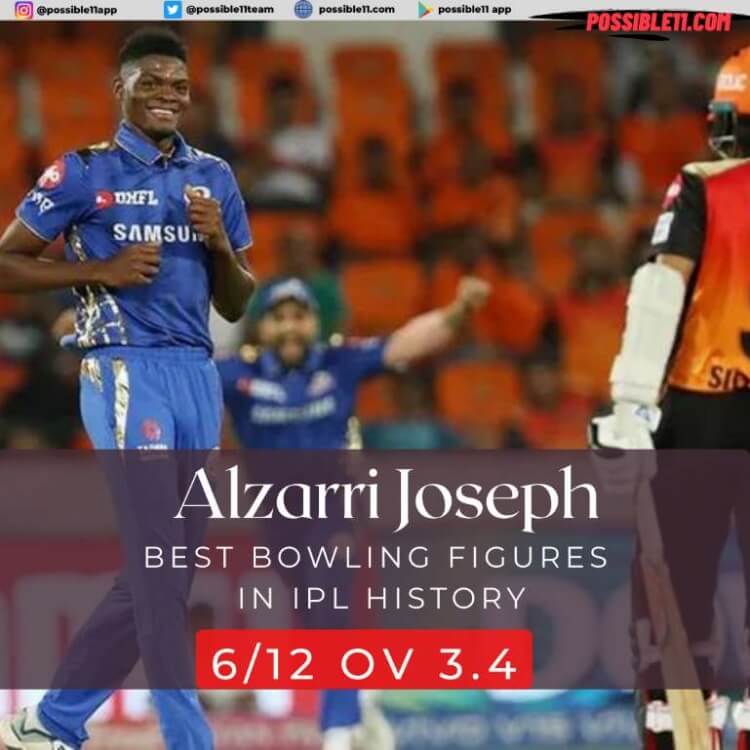 Most runs in a single IPL season

The Orange Cap is a prestigious award for a batsman participating in the Indian Premier League (IPL). It is an award that is given to the player with the most runs in that particular edition of the Indian T20 League. So lets see which player has scored the most runs in a season of IPL to date..

Virat Kohli’s 973 runs in a season

Former RCB captain Virat Kohli batted in god-mode in the 2016 season. At the peak of his powers, Kohli scored 4 centuries and 7 fifties in that season, scoring 973 runs, missing the dream 1000-run mark by a small margin. He led RCB till the final, however, they lost the final to SRH.

He scored at an average of over 80 which included seven fifty+ scores. Kohli’s record is one that is almost impossible to break anytime soon. 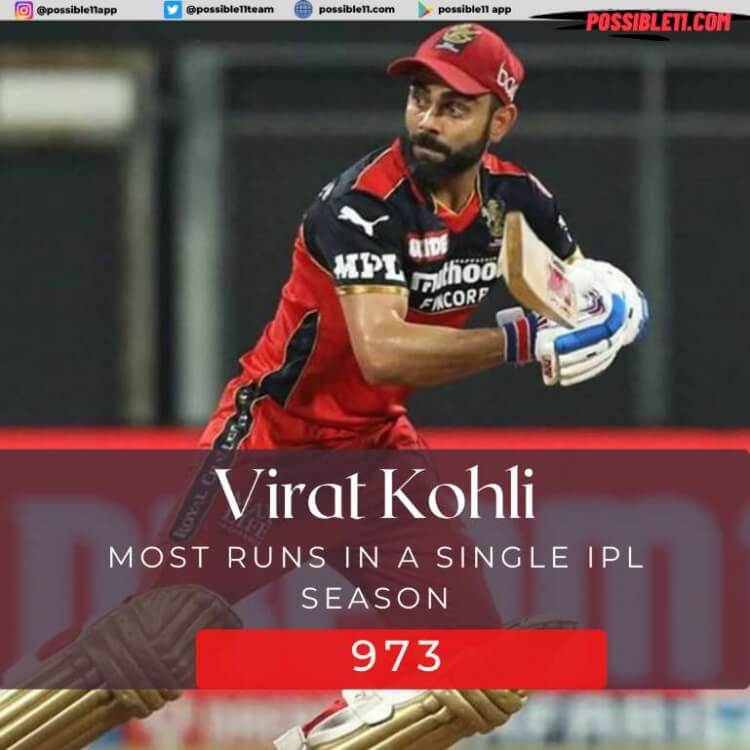 In T20 format, if a player scores a century for the team, then most of the time it becomes very easy to win the match. Although it is not so common to see a player score a century in the 20-over format, some cricketers have enjoyed big innings that day. In this article, we are going to list the highest scores scored by the batsmen in the Indian Premier League.

Who is the player with the highest individual score?

The ‘universe boss’ Chris Gayle holds the record for scoring most runs in an innings in the league. He smashed 175 runs off 66 balls against Pune Warriors while playing for Royal Challengers Bangalore in the 2013 season. 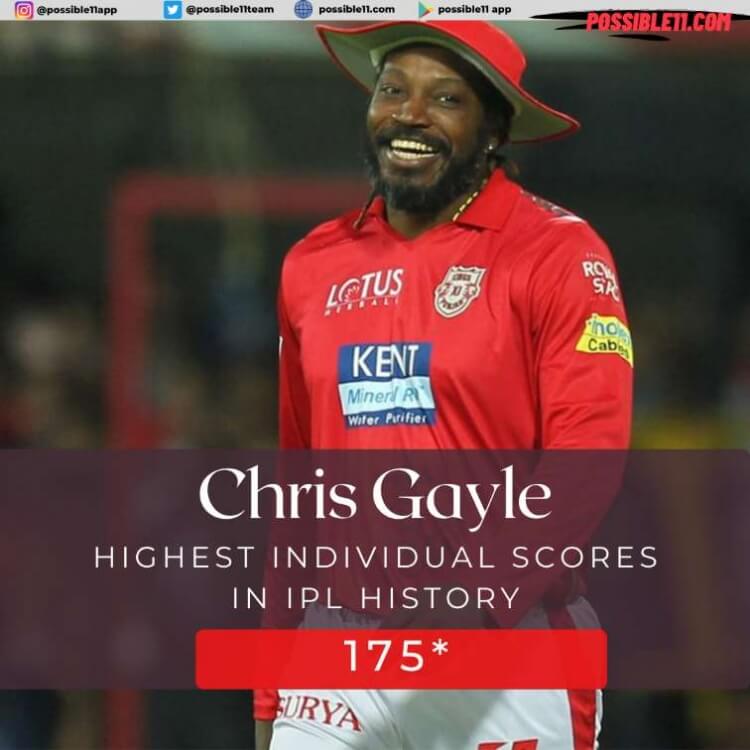 Here is the list of 5 players highest individual score