Tokyo Olympics: All you need to know about Aditi Ashok Indias hope 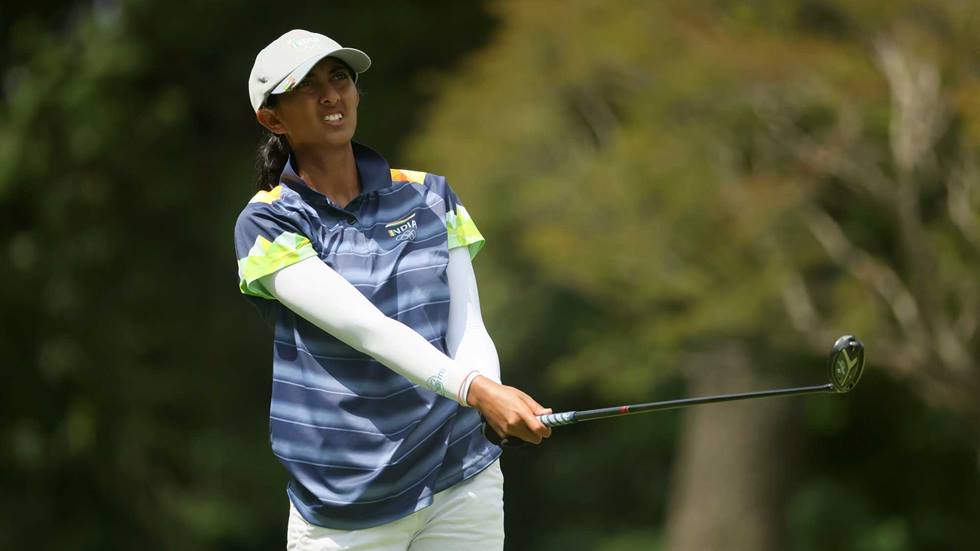 Aditi Ashok, competing in her second Olympic Games, is placed solo 2nd after 3 rounds of the Womens Golf event. She has emerged as one of Indias unexpected medal hopes from the Tokyo Olympics.

Five years ago, Aditi Ashok was a wide-eyed teenager enjoying her time amongst the giants of sports and being the youngest competitor in the women’s golf competition at the Olympic Games in Rio 2016. Fast forward to Tokyo 2020, the Indian has made her intentions clear at Kasumigaseki Country Club as she seeks to win a historic medal for the country.

Golfer Aditi Ashok is currently ranked second after another stellar performance in Round 3 in the women’s individual stroke play at the Tokyo Olympics on Friday.

The 2020 Tokyo Games has been full of surprises for India. While the shooting and archery contingent failed to bag a medal, the mens and womens hockey teams went on to make history. While a few more athletes remain in contention for medals, an unlikely hope has emerged from golfer Aditi Ashok.

.@aditigolf betters her performance from the first two rounds and goes one up to rank second in womens individual stroke play as compared to a tied-second position from yesterday!

Golf isnt among the most popular sports in India. While Indian golfers do compete in the Olympic Games, the belief deep down remains that a medal is highly unlikely. However, Aditi is looking to change that mindset with her brilliant performance in Tokyo.

The 23-year-old has put herself in contention for Indias maiden medal in golf at the Tokyo Olympics with her near-flawless performance in the first three rounds. Aditi finished five-under 66 in the second round of the women’s competition. She bagged five birdies, including three in her last four holes to be tied second on nine-under 133.

At the end of Round 3, Aditi found herself placed solo 2nd Par -12, trailing the leader Nelly Kordia by 3 points. Aditi also kept a 2-point lead over the third spot which had a total of 4 golfers tied at -10. Aditi did lose a bit of momentum in the middle but then found 2 birdies in the last 3 holes to seal the second spot after Round 3.

Heres all you ned to know about Aditi Ashok:

With half the field starting on the back 9 due to weather conditions, Nelly Korda (USA) retained the lead heading into Saturday’s final round. The American shot a 2-under 69 on Friday, to go with rounds of 4-under and 9-under, to sit at 15-under 198 through 54 holes. She is three strokes clear of Aditi currently who has been pretty consistent this whole week.

Aditi Ashok has had three birdies in the first 8 holes and improved to an overall score of 12 under par. She was second by herself until then, with a 2-stroke lead over the third place.

The bogeys in holes 9 and 11 brought her down a bit but Aditi Ashok remained in the mix. Japan’s Inami moved to -11 at that moment in the contest while the USA’s Nelly Korda was comfortably on top throughout the penultimate round.

Another birdie in the 17th hole of the third round saw Aditi clawing back to 12 under par. In the final hole, the Indian sank a par to end the day with a nice cushion to third. 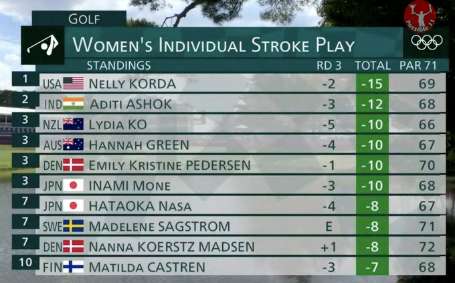