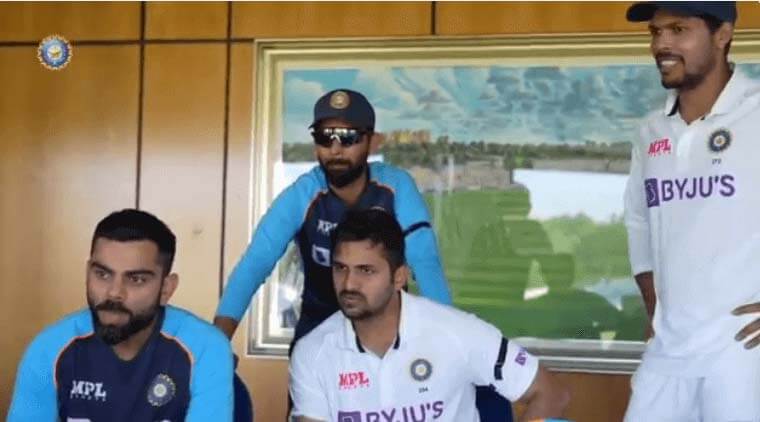 SL vs IND: By winning the second ODI match played in Colombo, the Indian team led by Shikhar Dhawan has been successful in winning the ODI series.

Deepak Chahar, who batted at number 8 in the second ODI, made a splash and played unbeaten innings of 69 runs to give India a thrilling 3-wicket win.

Deepak and Bhuvneshwar Kumar put on an unbeaten 87 for the 8th wicket to give India an unassailable 2-0 lead in the series as they won the match by 3 wickets.

Also Read: SL vs IND: Deepak Chahar scored a half-century, then Dravid won hearts by doing this for Rahul Chahar

Especially Virat Kohlis reaction is heart-wrenching. Kohli, at the end of the match, when the Indian team is successful in registering a win.

The Indian captain cannot hide his happiness and openly gives such a reaction as if he cannot believe that Indias tail batsman can register such a victory.

From dressing room, dining room and on the bus, not a moment of this memorable win was missed. ? #SLvIND pic.twitter.com/IQt5xcpHnr

On the other hand, some players of Team India are also seen celebrating Indias victory in Sri Lanka on the team bus.

The video shared by BCCI is becoming very viral. Fans are fiercely congratulating India on the glorious victory.

Let us tell you that this is Indias 93rd victory in ODI cricket against Sri Lanka.

The Indian team has become the team to beat a team for the most matches in ODIs, by doing so India has broken the record of Australia and Pakistan.

The last ODI match of the series will be played on 23 July. After the ODI series, the Indian team will play the T20 series, India also has to play a series of 3 T20 matches against Sri Lanka.