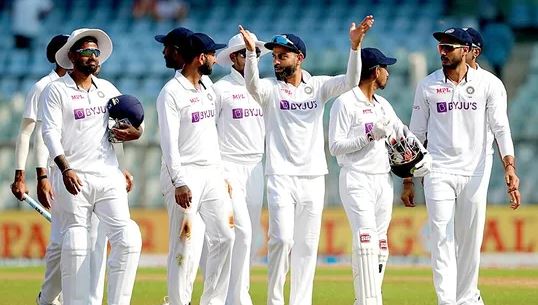 ICC Test Rankings: The beginning of 2023 has been great for the Indian cricket team. After defeating Sri Lanka in T20 and ODI series at home, Team India has become number-1 in Tests. India had defeated Bangladesh 2-0 in the last Test series.

India has become number-1 in Test rankings
There cannot be a better start to the year for Team India. After winning the first T20 and ODI series of this year, the Indian team has also become number-1 in Tests. In the latest ICC Test rankings, India has come in first place with 115 points. India played the last Test series in Bangladesh and won it 2-0. Australia is in second place with 111 points. Let us tell you that India is already occupying the first position in T20 rankings. At the same time, in the ODI rankings, the Indian team is in fourth place with 110 points.

India is No. 1 Team in ICC T20 Rankigs: Let us tell you that Team India is already the number 1 team in T20 format.