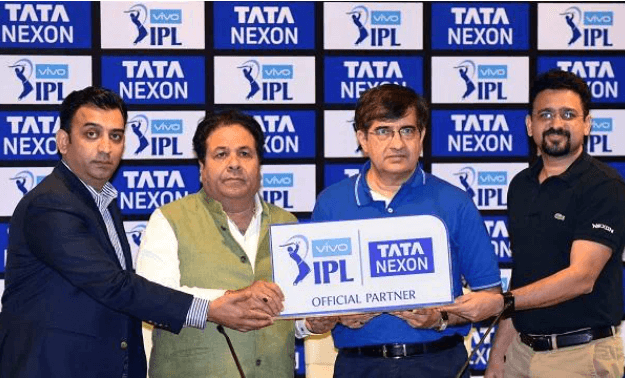 The Vivo brand has now transferred the IPL rights to Tata. Now IPL will be called Tata IPL.

Big changes will be seen in IPL 2022. Title sponsoring mobile company Vivo has withdrawn its name from the sponsorship of the league. The Tata Group has replaced Vivo as the title sponsor. IPL chairman Brijesh Patel has also confirmed this. During the IPL Governing Council meeting on Tuesday, he said that yes, the Tata Group is coming as the IPL title sponsor.

The coming season will be called Tata IPL

The coming season i.e. IPL 2022 will be known as Tata IPL. Brijesh Patel said that Vivo had requested for transfer of rights, which was passed by the Governing Council. The transfer of these rights will also earn BCCI only Rs 440 crore.

Vivo had a two-year contract left

Vivo still had two years of sponsorship left. Now after the transfer, Tata will sponsor IPL for such a period of time (two years). Vivo had bought the title sponsorship for the IPL in 2018 for 440 crores per annum. The deal was postponed in the IPL 2020 season due to the India-China border standoff.

Vivo had bought the rights for five years

Vivo won the IPL title sponsorship rights for Rs 2,190 crore for five years from 2018 to 2022. The leading smartphone brand returned to IPL 2021 and sponsored the title after losing its sponsorship rights in 2020 to Dream11 due to the India-China standoff. However, now the company has decided to exit again.

The Vivo brand has now transferred the IPL rights to Tata. Now IPL will be called Tata IPL. Dream11 was the IPL title sponsor for the 2020 edition. It won the sponsorship rights for Rs 222 crore. IPL 2020 was played in UAE due to Corona.

In IPL 2022, 10 teams will be seen playing instead of eight. Ahmedabad and Lucknow are the two new franchises. The BCCI announced two new teams for the IPL on October 25. Lucknow was bought by RPSG Ventures Ltd for Rs 7090 crore and Ahmedabad by CVC Capital for Rs 5625 crore.