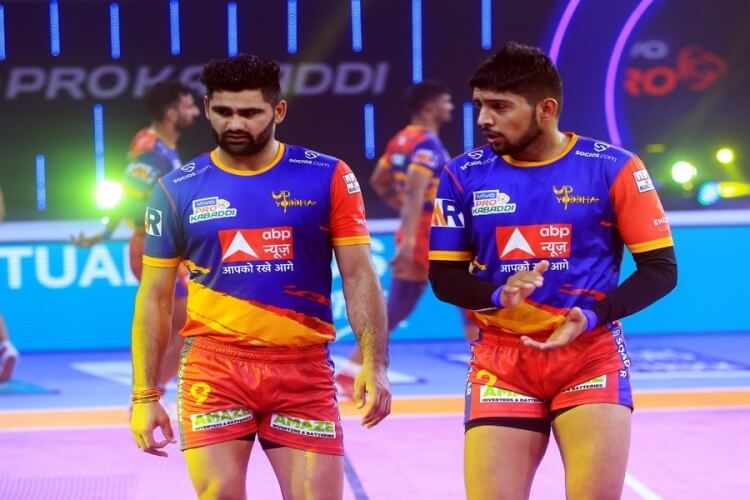 After losing to the Haryana Steelers by eight points, the Tamil Thalaivas will be keen to get back to winning ways when they meet UP Yoddha tonight in Match 104 of Pro Kabaddi 2022.

Tamil Thalaivas will be in action for the second time in as many days against the UP Yoddhas, inwhat is a crucial encounter for either side.

Both have had very different recent results but would want to see the green of a win tonight as they look to give the Top 6 a fight. Expect a close encounter.

TAM vs UP team Top Tips:

Ajinkya Pawar:Ajinkya Pawar had a slow start to the season but has really picked it up in recent games and has even outdone his fellow raider at times. He scored 8 raid points in the previousgame but had only 4 touchpoints and would be hoping to improve upon that performance. His tallyfor the season read 99 and hed be eager to put on a solid show.

Sagar: Sagar is a solid defender and came into the limelight in the last season. The right-corner defender has been aggressive in putting up tackles and has taken his tally to 70 tackle points, which sees him at the top of the list of top-scoring defenders, thanks to his 3 points in the last game and 28 in the last 5. He has been in terrific form and would hope he can continue the run.

Surender Gill: Surender Gill put in some fine performances last season which entrusted UP Yoddha to retain him. The youngster Gill has been superb this season and has taken the mantle in light of Narwals struggles. The 23-year-old has taken his tally this season past the hundred mark, claiming143 raid points, and has also produced 8 successful tackles. He had a good outing in the last gamewith 12 raid points and would be hoping to put on another great show.

Nitesh Kumar: Nitesh Kumar is as solid a defender as one can have in the side and has started to put on strong performances. The right corner defender has now scored 44 tackle points, including 10 in the last 3 games, and is among the top-performing defenders thus far.

Sumit: Sumit is another solid defender in the UP Yoddhas side and has put on a good show. The left-corner defender has been a stellar performer and has 42 tackle points to his name. He wasphenomenal last night and would be looking to trouble the Dabang Delhi raiding unit.