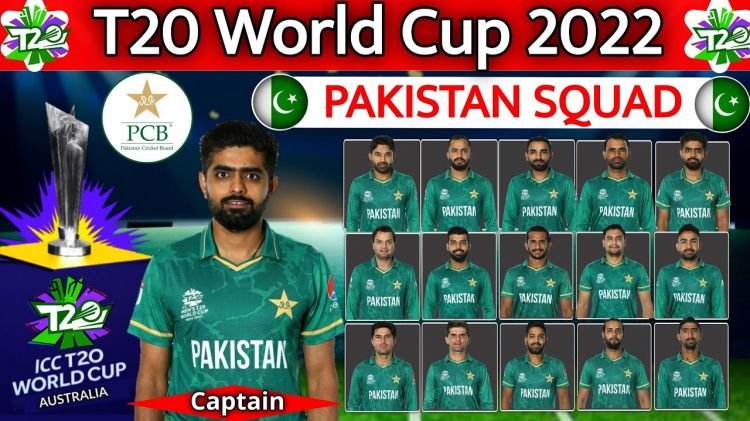 T20 World Cup: Babar Azam is the captain of the Pakistan team for the T20 World Cup, while Shadab Khan is the vice-captain of Pakistan.

The Pakistan Cricket Board (PCB) has announced a 15-member Pakistan team for the T20 World Cup to be played in Australia next month, while three have been selected as reserve players. Babar Azam will be the team captain, while Shadab Khan will be the vice-captain. Overall, Pakistans team is looking very balanced and a title contender because there are some players in the middle order in this team, who have the ability to change the course of the match with the ball as well as with the bat. He is a good all-rounder whose recent performance has been seen by the whole world. 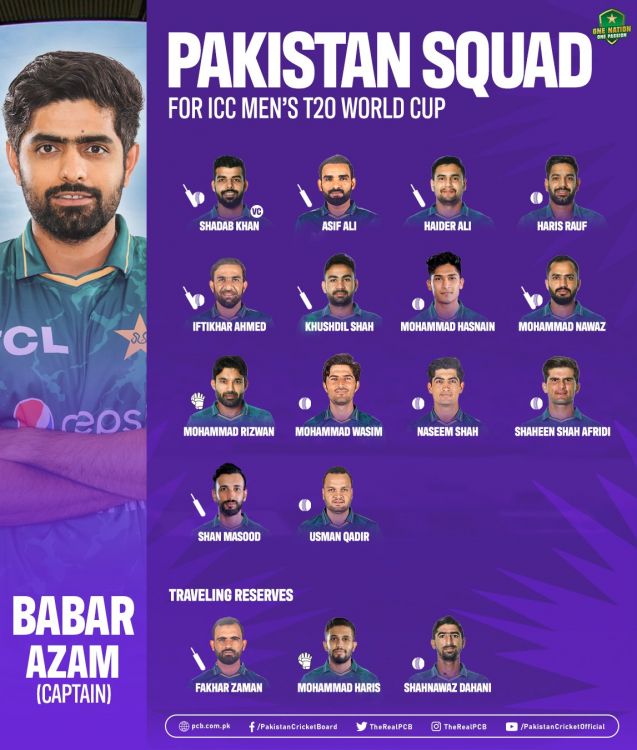 Pakistan teams star pacer Shaheen Afridi has returned to the team, Shaheen recently could not take part in the Asia Cup due to injury. And he was advised to rest for 4-6 weeks in the past. Afridi suffered a knee injury during the Test against Sri Lanka in Galle in July. Certainly, the selection of Afridi in the team will give a lot of confidence to the Pakistan management as he can turn the tide of the match on his own.

Fakhar Zaman didnt get a chance..

Such a player has been selected in the team in the form of Shan Masood, who has not played a single T20 match for Pakistan so far. Although Masood has played ODIs and Test matches, Haider Ali has been called again in the team. Haider Ali last played for Pakistan in December last year, but lefty Fakhar Zaman, who hit big shots, has not been selected for the team, which is a bit of a surprise decision. At the same time, despite much discussion, former captain Shoaib Malik did not return to the team.

Haider Ali has been selected in the team again in place of big hitter Fakhar Zaman. Fakhars bat did not speak this year and because of this, he was sent to the reserve players. Fakhar scored only 96 runs in 7 T20 matches played this year at an average of 13.71. At the same time, Haider has previously played 21 T20 matches for Pakistan. In this, he scored three fifties and averaged 23.88. Chief selector Mohammad Wasim said that we have a team that can do better in the World Cup 2022.

The Pakistan team is as follows: