T20 World Cup: England team will not give place to world number one player, David Malan may sit out due to team combination.

ICC T20 World Cup 2021: At least in their opening match, England is forced to keep the world number one T20 batsman out. The reason behind this is not any displeasure but the team combination due to which David Malan can sit out.

T20 World Cup: England team will not give place to world number one player, David Malan

If someone says that you drop Virat Kohli or Babar Azam from the playing XI of the ODI cricket team and players like Joe Root and Steve Smith from the Test team, then you will wonder how someone can drop the number one players. However, we can see this in the T20 World Cup 2021, when the worlds number one T20 player may have to sit on the bench. Yes, we are talking about the worlds number one T20 batsman David Malan.

Actually, Englands team can keep David Malan out in the opening matches of the T20 World Cup. Malan is currently the worlds number one batsman in the ICC T20 rankings and the England team is planning to leave him out. It has been revealed in The Telegraph report that the England team may keep David Malan out because of the combination. At the same time, in his place at number three, Moeen can give Ali a chance, who is making an impact with the ball as well as with the bat.

David Malans bat has not played in the two warm-up matches played before the T20 World Cup 2021. In such a situation, the team management can try Moeen Ali at number three against West Indies in the T20 World Cup 2021 opening match. In such a situation, Malan will be out of the playing XI, as Jason Roy and Jos Buttler already have their place in the top order. At the same time, if Moeen Ali plays at number three, then Jonny Bairstow will be at number four and captain Eoin Morgan at number five. 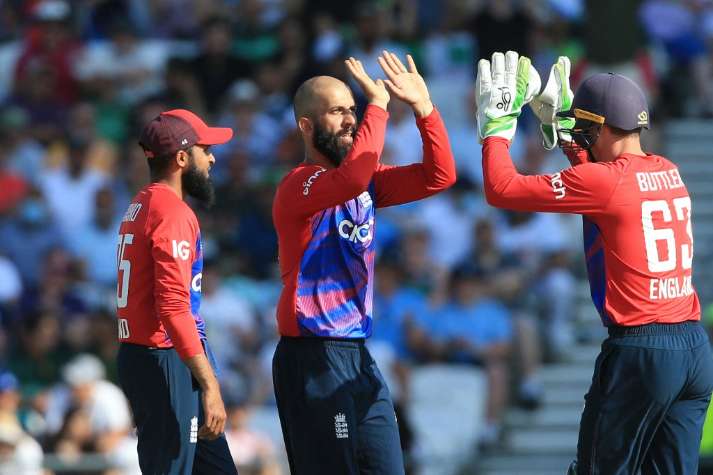 In this way, David Malans place is not made in Englands playing XI. They do not match finishers. In such a situation, they will not be able to play lower order and in this situation, the team would like to go with Liam Livingstone, who also provides the option of bowling. Talking about David Malans T20 International career, he has scored 1123 runs in 30 matches at an average of 43. During this, his strike rate has been 139. He has scored one century and 11 half-centuries.