Sri Lanka have defeated India in the second T20I to level the series and take it into the decider. It was a low-scoring thriller in Colombo as things went down the wire on the low and slow pitch. But Sri Lanka had a calm and cool Dhananjaya de Silva in the middle who got the better off the inexperienced bowlers of the visitors to take his team home in a must-win game.

Earlier, India got off to a sedate start with their new opening pair of Shikhar Dhawan and Ruturaj Gaikwad. Both the batsmen looked comfortable facing the new ball but soon Sri Lanka got hold of the pitch taking the pace off. The spinners were introduced into the attack and the pitch started turning to surprise the batsmen. Gaikwad, in the process to up the ante, got out to the opposition skipper Dasun Shanaka. 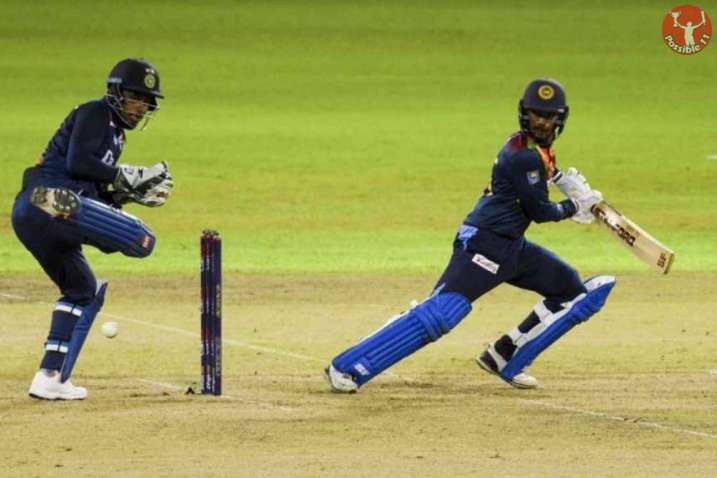 Devdutt Padikkal looked calm and composed in his debut game while Dhawan played more of an anchor’s role with not many batsmen to follow. The Indian skipper rotated the strike for the most part of his innings and by the end of the 12th over, India were sitting pretty at 81/1.

Eventually, the visitors could only reach 132 runs for the loss of five wickets and even that score was due to India’s number six Bhuvneshwar Kumar who played a few shots in his unbeaten 13-run cameo. Sri Lanka used eight bowlers including four spinners and all of them did a perfect job for the team.

With the pitch getting slower and the ball turning square, the chase was never going to be easy for Sri Lanka. Moreover, India had three spinners in their line-up to go with three more pace bowling options as well. It started well for the visitors as Bhuvneshwar Kumar dismissed Avishka Fernando in the third over itself.

The Australia swim coach is everything #GOLD #Olympics @Olympics pic.twitter.com/qJ5ttn1IoN

As expected, the spinners were introduced into the attack very early in the innings and the runs were squeezed soon. Sadeera Samarawickrama and the Sri Lanka skipper Shanaka didn’t score much but ate up too many deliveries. At 55/3, it seemed as if the opener Minod Bhanuka will take the team to the safe waters as he was set. The left-hander was also dropped but soon he was holed out in the deep.

Nevertheless, he was impressive during his 31-ball 36. With Sri Lanka at 66/4 in the 12th over, things were precariously placed for Sri Lanka and this is when they got a sparkling partnership between Dhananjaya de Silva and Wanindu Hasaranga. The 28-run stand brought the hosts fairly back into the game but Rahul Chahar broke it dismissing the latter as things got close.

Going into the last three overs, De Silva was the key for Sri Lanka while India placed faith in the youngster and debutant Chetan Sakariya as 28 runs were needed. Sakariya displayed his brilliant variations keeping cool and got the wicket of Ramesh Mendis while conceding only 8 runs to bring the equation down to 20 off two overs.

The 19th over was brilliant for Sri Lanka as Chamika Karunaratne hit the all-important six to churn out 12 runs as they needed eight runs in the final over with Sakariya being handed the ball to defend. However, the hosts had a set batsman in De Silva who batted superbly and most importantly, kept his cool to take his team in a tense finish.