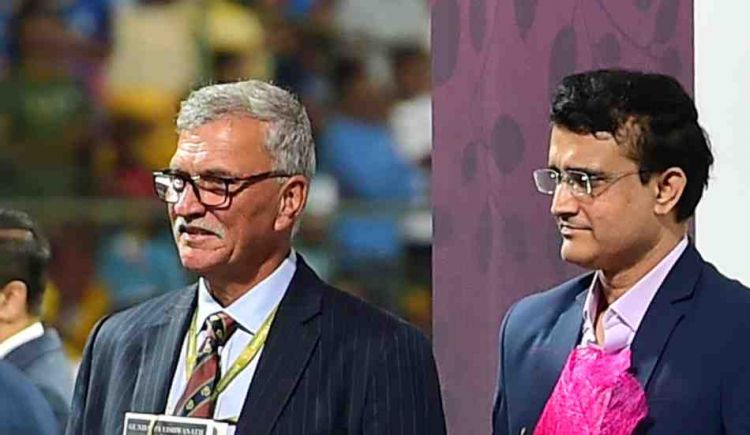 Former Indian cricket team captain Sourav Ganguly stepped down as President of the Board of Control for Cricket in India (BCCI) after three years on the job. Roger Binny, a former Indian cricketer who was a member of the team that won the 1983 Cricket World Cup, was sworn in as the BCCIs new president at the Annual General Meeting (AGM) in Mumbai.

Ganguly expressed his best wishes to the new President and stated that the new office-bearers are dedicated to carrying on the legacy. In his initial reaction to Binnys appointment, Ganguly stated that Indias top cricket board is in good hands.

Sourav Ganguly expressed his best wishes to him and stated that the new office-bearers are committed to carrying on the legacy. While discussing his initial reaction to being replaced by Binny at the BCCI, he stated that the apex cricket body of India is also in good hands.

“I wish Roger (Binny) all the best. The new group will take this forward. BCCI is in great hands. Indian cricket is strong so I wish them all the luck,” On Tuesday, Ganguly told the news agency ANI. His comments, however, came as BCCI secretary Jay Shah confirmed that Team India will not travel to Pakistan for the Asia Cup 2023.

Binny revealed the two major areas he will focus on in the top job after his election and mentioned Jasprit Bumrahs injury as a major concern.

"As the BCCI president, I want to primarily focus on 2 things. First is the prevention of injuries to the players. Jasprit Bumrah got injured just before the World Cup, which affects the whole plan. Second, I want to focus on the pitches in the country," said Binny.

In other news, BCCI secretary Jay Shah, who was re-elected, revealed that India will not tour Pakistan for the 2023 Asia Cup, which will be held in a neutral location. The Indian cricket governing body also confirmed that a Womens Indian Premier League will be held (IPL). More information about the tournaments structure or format is still pending.