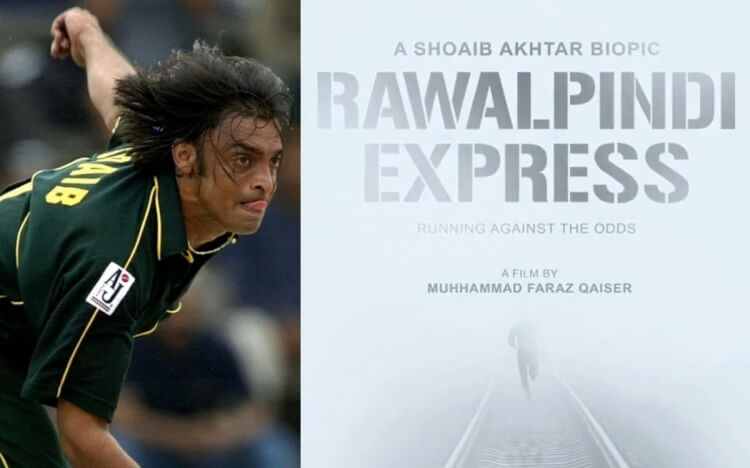 Shoaib Akhtar announces his biopic film Rawalpindi Express, many secrets will be revealed, The film will release on this day

A film related to the life of former Pakistan fast bowler Shoaib Akhtar will soon be available to his fans. Actually these days it is the era of the biopic, everyone is making a biopic of some player or the other. At the same time, a similar biopic related to the life of Shoaib Akhtar, popularly known as Rawalpindi Express, will be seen on the big screen. At the same time, this was confirmed by the Pakistani great bowling himself on Sunday.

Legendary Pakistani bowler Shoaib Akhtar on Sunday confirmed that a biopic on his life is coming soon. The film Rawalpindi Express - Running Against the Odds will come out on 16 November 2023, which Akhtar also revealed through his YouTube channel. The 46-year-old, popularly known as the Rawalpindi Express due to his fast bowling speed during his playing days, shared a 25-second motion poster on his YouTube channel.

In this poster, a man is seen running on a railway track. It has also been told that Muhammad Fajr Kasir will direct this film. Shoaib Akhtar, 46, was known for his speed and that is why he was called Rawalpindi Express.

Shoaib Akhtar, who made his debut for Pakistan in a Test match against West Indies on 29 November 1997, is one of the fastest bowlers in the world. He will be counted among the most capable bowlers in the history of cricket. He was the first fast bowler to bowl over 100 miles (160 km). He did this twice in his career.