England had as many as five debutants in their opening ODI against Pakistan on Thursday, July 8 at the Sophia Gardens in Cardiff. However, despite the lack of experience in their ranks, the hosts won by nine wickets with 28.1 overs to spare. Their bowlers laid the platform after which the batters didn’t have much trouble in securing a 1-0 lead for the home team.

After being put in to bat first, Pakistan got off to a horrendous start as Saqib Mahmood removed Imam-ul-Haq and Babar Azam for ducks in the very first over. Mohammad Rizwan started with three fours and looked promising, but he perished to Lewis Gregory for 13, caught by John Simpson.

Thereafter, Fakhar Zaman’s 47 and Shadab Khan’s 30 took Pakistan to the under-par score of 141 in 35.2 overs. Sohaib Maqsood got into the double figures, but he couldn’t convert. For the Brits, Sohaib Maqsood picked up four wickets. Craig Overton and Matt Parkinson got two scalps each. 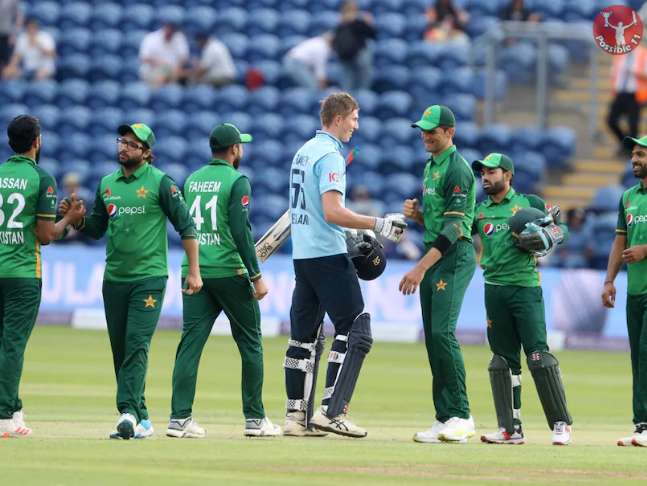 Phil Salt started his knock with a four, but he edged one off Shaheen Shah Afridi to get out. The dismissal was the only piece of joy for Pakistan in the Three Lions’ run-chase. Dawid Malan and Jack Crawley, who was making his debut, didn’t show any signs of nervousness whatsoever in the middle.

The duo put on an unbeaten 120-run stand in 17.4 overs, helping England over the line with ease. Even as Malan stayed not out on 58 off 69 with eight fours, Crawley’s classy 50-ball 58* also stole the show. The Pakistan bowlers tried their hearts out, but not with much success.

I just told the boys to do what they’ve been doing all summer: Ben Stokes

Stokes, the overjoyed English skipper, was delighted with the bowlers’ performance in the game. “A very clinical performance. Any game where you get the opposition out so early, you’re always ahead of the game. You’re always striving for that massive team performance. I just told the boys to do what they’ve been doing all summer for their counties. Don’t change anything,” he said.

Pakistan skipper Babar is looking forward to a turnaround after the disappointing show. “They picked up early wickets and that never allowed us to score big. Credit to England bowlers for taking wickets as that took the momentum away. Fakhar Zaman can open. Zaman did carry his form from PSL. We are looking forward to the next game,” Babar said.