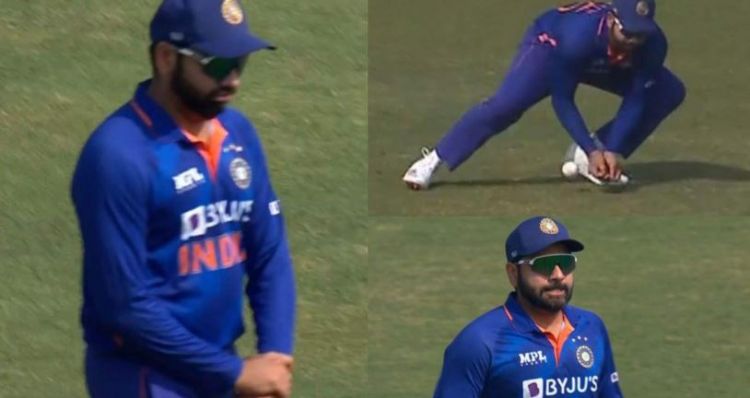 Rohit Sharma injured during fielding, left the match and sent to hospital for X-ray, Blood started coming out of the hand after being hit by the ball

Team India got a big blow in the second over of the second match against Bangladesh. Indian team captain Rohit Sharma started bleeding from his left hand after being hit by the ball and had to leave the field. It appeared that the injury was serious. Blood was dripping from his hand as he was walking off the field. It all happened on the fourth ball of the second over when Anamul hit a shot and he injured his hand in the process of taking the catch. He has been sent to the hospital for X-ray. 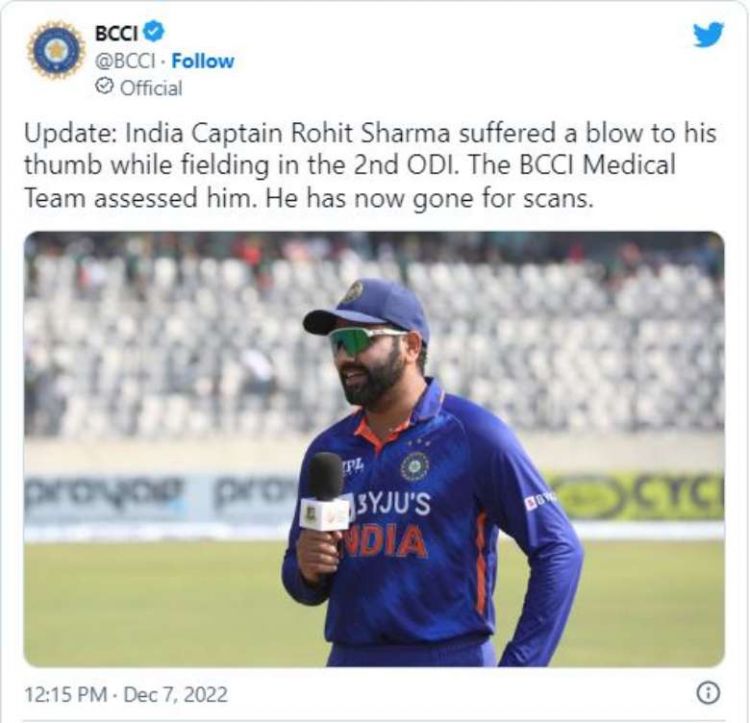 Anamul missed the shot on Mohammad Sirajs fast ball and the ball took the edge of the bat and reached the slip where Rohit Sharma was ready. However, the ball landed much lower than he expected and hit his hand. In this way he could not even catch the catch and injured his hand. He immediately left the field holding his bleeding hand. Rajat Patidar came in his place for fielding.

Rohit Sharma will come to play the match after injury

Vivek Razdan, doing commentary, said during this time that if the injury is serious, he will hardly come on the field for batting. On the other hand, in his absence, KL Rahul took over the captaincy, who is also keeping wicket in the match. Let us tell you that in the first ODI of this series, India got a humiliating one-wicket defeat. In this match, Rohits captaincy was criticized for not being able to dismiss Mehidy Hasan, while KA Rahul was on the target of critics for dropping a catch at a crucial moment.

If Rohit Sharmas injury is serious, then it will be a big blow for the Indian team, because after the ODI series, Team India also has to play a Test series against Bangladesh.

Also Read: Where to Watch Lanka Premier League, How to watch LPL matches for free