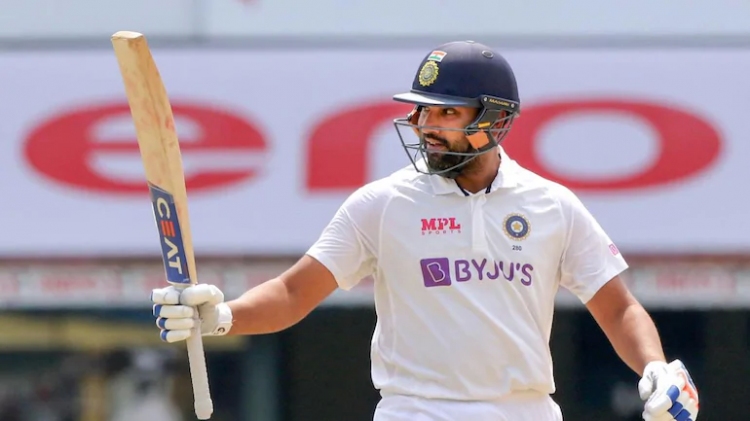 Rohit Sharma as Indias full-time captain for Tests. The star opener will replace Virat Kohli as Test captain in the series vs Sri Lanka.

Rohit Sharma has been appointed as the captain for the Two-Test series against Sri Lanka, starting next month. The position of Test captaincy fell vacant after Virat Kohli stepped down after the series in South Africa.

Rohit Sharma, who was appointed as Indias white-ball captain a couple of months back, has been named as the full-time captain in the red-ball format as well.

The 34-year-olds appointment comes after Virat Kohlis decision to step down from the position following Indias Test series loss to South Africa in January. India lost the three-match series against the Proteas 2-1, despite starting the series with a win.

? JUST IN: India have named their new permanent Test captain.

Even though India had other young options like KL Rahul, Jasprit Bumrah, and Rishabh Pant to consider for Test captaincy, the selectors have decided to go with the experience of Rohit as a stop-gap option.

Rohits credentials as a skipper are second to none in white-ball cricket. Rohit was appointed as the vice-captain of the Test team in December 2021 after Ajnkya Rahane was sacked as captain due to poor form last year. However, Rohit was not able to travel to South Africa due to a hamstring injury.

"The selection committee thought a lot before making the decision. We spoke to them earlier. We told them we will not consider them for 2 Test matches for Sri Lanka. We told them the doors are absolutely open for them. In just 2 Test matches, selectors decided to give chances to other cricketers. They are playing Ranji Trophy,"

Also Read: List of captains of all formats of Indian cricket team