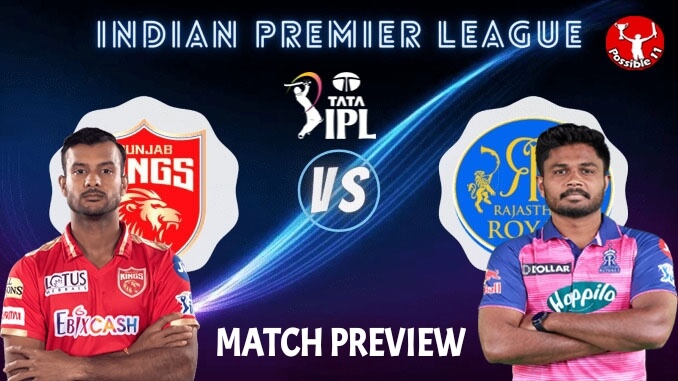 Rajasthan Royals(RR) will try to overcome their batting shortcomings and get back on the winning track in the IPL match against Punjab Kings(PBKS) on Saturday. The team of Royals was once giving tough competition to Gujarat Titans (GT) for the top spot but recently its performance got disturbed. He will now face Punjab after losing to Kolkata Knight Riders(KKR) and Mumbai Indians(MI).

RR - Rajasthan team under the captaincy of Sanju Samson is currently in third place in the points table. The main credit for this goes to Jos Buttler, who has scored the highest 588 runs in the current tournament so far. On the other hand, Mayank Agarwal-led PBKS - Punjab Kings would like to continue their winning campaign to keep their playoff hopes alive.

Two other top-order batsmen Devdutt Padikkal and captain Sanju Samson have been able to perform well in pieces. Both of them need to take more responsibility. The team has been trying out different players at number four and if Shimron Hetmyer is fielded at this position, then its top four batsmen can tear apart any bowling attack.

Rajasthan need to score big in PBKS vs RR Match

Rajasthan need to score big in position to bat first as they got three out of four losses when they did not score big while batting first. Rajasthans bowling attack is strong but their bowlers were unable to defend the scores of 158 and 152 in the last two matches.

It was definitely a low score as Yuzvendra Chahal, Ravichandran Ashwin, Trent Boult, Kuldeep Sen, and Pramukh Krishna, who is currently the highest wicket-taker in the tournament, bowled impressively. It will not be easy for the Punjab batsmen to face the bowling of the Royals. Punjabs batting lacks consistency. Shikhar Dhawan is currently the most successful batsman in the team. Liam Livingstone and Bhanuka Rajapakse have also batted well in the middle but they need to put together a good game.

Bairstow not performing as expected

Jonny Bairstow has not been able to bat explosively according to his fame, while Agarwals bat is also not working, which is a matter of concern for the team. In the last match, Punjab bowlers did well to restrict Gujarat to less than 150 runs. Kagiso Rabada returned to form with four wickets each in the last two matches. Arshdeep Singh has bowled very well for Punjab. He hasnt taken many wickets but has bowled economically.

**Steps to Earn 20000Rs Without Any Investment 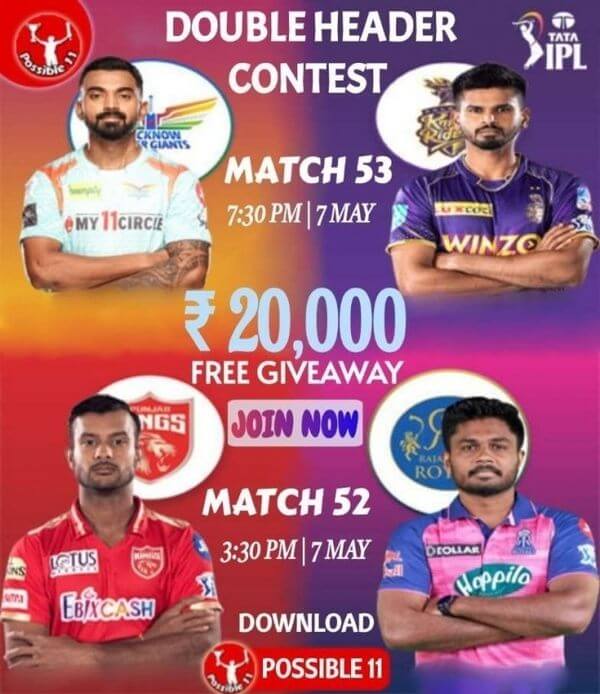 The match between Punjab Kings and Rajasthan Royals will be played under harsh sunlight. The pitch at the Wankhede Stadium in Mumbai has been helpful for the batsmen. However, the spinners have also managed to show their strength here. Considering the depth of batting of Punjab and Rajasthan, high-scoring matches are expected to be played here. So far 13 matches have been played here and most of the matches have seen big scores being scored. Here the last match was played between Rajasthan Royals and Kolkata Knight Riders, where the score went beyond 150 runs. Looking at the batsmen of Punjab and Rajasthan, the score of 170 is expected to be crossed here.

The match between Punjab Kings and Rajasthan Royals will be played at the Wankhede Stadium in the afternoon. Players have to deal with the heat if they want to play in the harsh sun.

Punjab and Rajasthan have faced each other in 23 matches in IPL. Out of these 23 games, Punjab have won 10 whereas Rajasthan have come out victorious on 13 occasions.

We expect Punjab to win the match looking at their batters recent form.