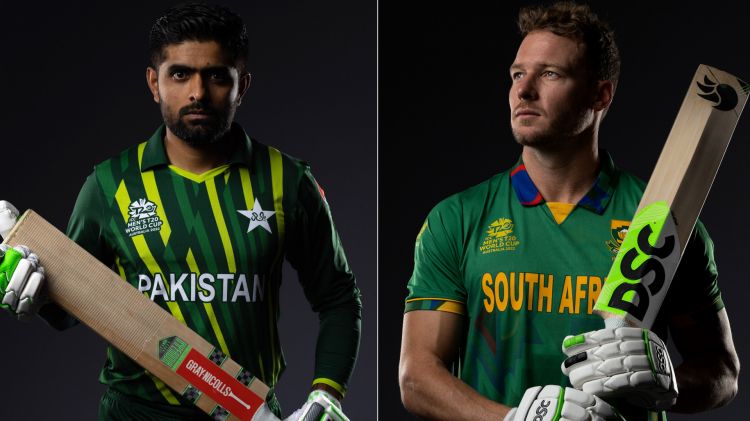 Pakistan vs South Africa: South Africa have ensured their place in the semi-finals by defeating India by 5 wickets in the last match. The performance of David Miller, Aiden Markram, Lungi Ngidi in the last match for the South Africa team was excellent, in this match also the team is expecting a good performance from them. On the other hand, with Indias win against Bangladesh, Pakistan teams hopes of reaching the semi-finals have almost ended, they are fifth in the points table with two points.

The sky will remain cloudy, there is a possibility of light rain. The temperature is expected to remain at 14.49 degree Celsius. 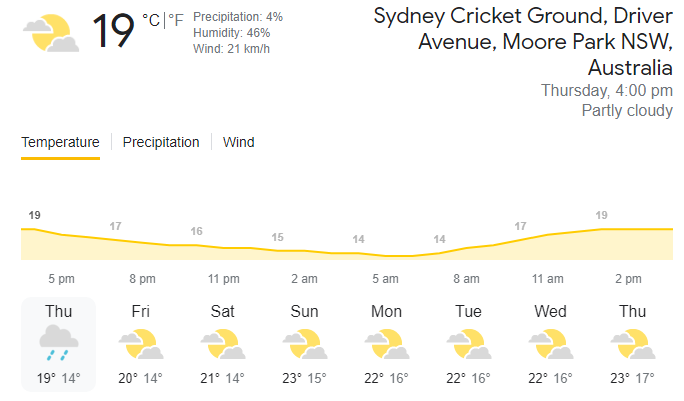 This pitch is favorable for both batsmen and bowlers, winning the toss and batting first will be the right decision on this pitch.
Average first innings score
Batting in the first innings has looked a bit easier, here the average score of the first innings is 151 runs.
Chasing record
It has been difficult to bat in the second innings as compared to the first innings. Thats why 45 percent of the matches have been won while chasing the target.

David Miller South African teams experienced batsman David Miller played an important innings of 59 runs in 46 balls against India in the last match to win the team, in this match too, he will remain the leading batsman for the Africa team.

Aiden Markram In the last match against India, he also played an important innings of 52 runs, so far he has scored 62 runs in 2 matches. He comes to bat in the middle order and averages above 40 in T20 format and can do well in this match as well.

Quinton de Kock South Africas experienced wicket-keeper batsman Quinton de Kock has so far scored 111 runs in 3 matches while batting brilliantly, in this match also the wicketkeeper category is right, will be a good option in the dream team.

Enrique Nortje He has taken a total of 6 wickets in 3 matches played by the South African team so far in this tournament. He is the leading fast bowler of South Africa team in T20 format. Can do well in this match as well.

Shan Masood Till now, he is the highest run-scorer in this tournament from Pakistan team, he has scored 108 runs in 3 matches so far, in this match also he can contribute well with the bat.

Haris Rauf is the best performing bowler from Pakistan team in this tournament so far, he has taken 4 wickets in 3 matches while performing economical bowling.

Mohammad Wasim In the last match, he took 2 wickets while performing superb bowling, he has taken 6 wickets in 2 matches so far, in this match also he can get good points in the dream team.

Shadab Khan Experienced bowling all-rounder of Pakistan team, he performed brilliantly in the last match and took 3 wickets, so far in this tournament, he has taken 6 wickets in 3 matches and has also scored 22 runs, in this match he can be tried as a captain in the dream team. Is.

Mohammed Rizwan He is the inform wicket-keeper batsman of Pakistan team. In the last match against Netherlands team, he scored 49 runs, in this match he will be the first choice of people in dream team from wicketkeeper category. 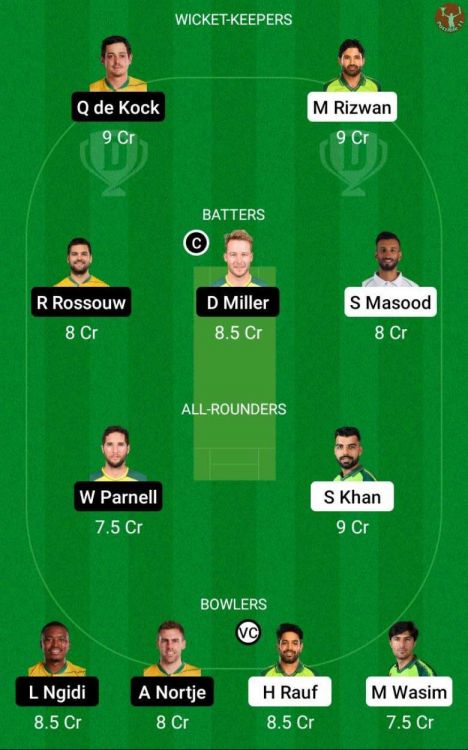 Pakistan vs South Africa Dream11 Expert advice
If we look at the last few matches, the fast bowlers get a lot of help on this pitch, the average score has been between 142-159 runs on this ground. Quinton de Kock, Mohammad Rizwan can prove to be a good option in this match as captain and vice-captain in the grand team.

Pakistan vs South Africa Probable Winners
South Africa team has more chances of winning the match. They seem to be a much stronger team in this match.