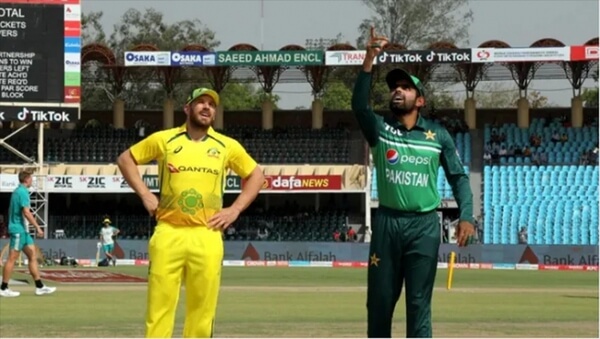 The series is extremely well set up at the moment as Pakistan will take on Australia in the decider on Saturday. Pakistan pulled off the highest successful run-chase in their ODI history and sealed 6 wickets win in the 2nd ODI to level the series 1-1. Commendable batting performances from Imam-ul-Haq and Babar Azam were the main highlights of the match. There are still concerns in the bowling department and they need to rethink their strategy before heading to the final game of the series.

Australia, on the other hand, showed they can score runs on any kind of surface however the bowlers didn’t had many answers against the Pakistan batters in the 2nd ODI. They were all over the place and lost the match with one over still left. Ben McDermott is the find of the series for the Aussies and if he is groomed properly he can be the next big thing.

Mohammad Rizwan: Mohammad Rizwan couldnt anchor the purchase in the previous game, allowing the Australians to rip into the middle order and script a big win. However, Rizwan is too good a player to be held down for too long. His ability to keep the scoreboard ticking and his knack for scoring big runs holds him in good stead ahead of his much-awaited game.

Aaron Finch: Aaron Finch, like Rizwan, didnt have the best of outings in the previous ODI. However, he did get a start, which he couldnt convert into a big score. Given his experience and ability to get his side off to a fast start, Finch could be a decent pick in your PAK vs AUS Dream11 fantasy team.

Travis Head: While Finch found it tough to get going in the initial phases, his opening partner Travis Head set the stage on fire with one of the fastest-ever centuries in ODI cricket by an Australian. Head also chipped in with the ball, adding more value to his case for inclusion in your PAK vs AUS Dream11 fantasy team.

Shaheen Afridi was outstanding with the ball in the 2nd ODI. 21-year-old, left-arm quick picked up 4 wickets at an economy of 6.3.

Haris Rauf: Haris Rauf was the pick of the bowlers in the previous game for Pakistan. Although he didnt bowl his full quota of overs, Rauf was decent at the death and picked up a few wickets. With Rauf set to lead the Pakistani bowling attack again, one can bank on him to use his variations and ability to hit hard lengths to get a few wickets in this game.

In the 104 matches played between these 2 teams, Australia have won 68 matches and Pakistan have won 33 matches.

As seen in previous games, the pitch at the Gaddafi Stadium is a good one to bat on. Although the pacers could get some swing early on, the batters should enjoy the bounce and carry off the surface. As the match progresses, the pitch could slow down, bringing the spinners into play. Wickets in hand will be key once again, with both teams likely to prefer chasing upon winning the toss.