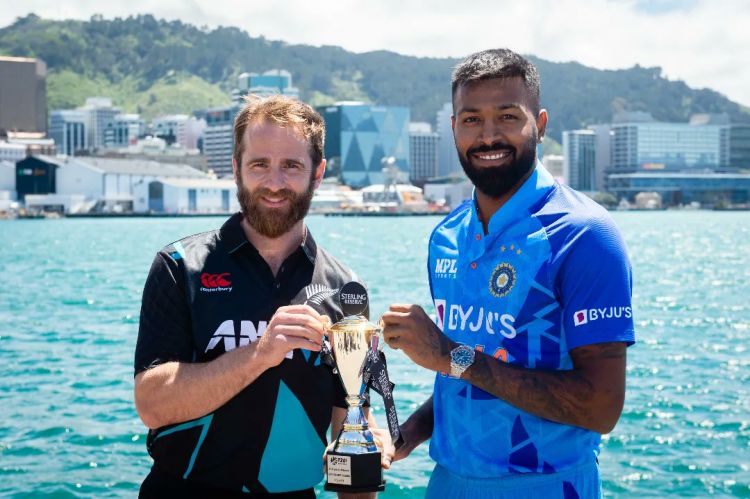 New Zealand vs India, The much-awaited T20I series between India and New Zealand will begin on Friday at the Sky Stadium in Wellington. After this ODI series the same number of matches will be played. The BCCI has rested most of the members of the T20 World Cup 2022 squad for the tour of New Zealand. Regular captain Rohit Sharma and vice-captain KL Rahul will miss the series along with star batsman Virat Kohli, veteran off-spinner Ravichandran Ashwin, and veteran wicket-keeper batsman Dinesh Karthik. All-rounder Hardik Pandya will captain the visiting team in the three-match T20I series.

New Zealand vs India (NZ vs IND) Head to Head

New Zealand vs India Head to Head, There have been 20 T20 International matches between Team India and New Zealand (ZN vs IND) so far, out of which 11 matches have been won by Team India (IND), while 9 matches have been won by New Zealand (NZ). Looking at these figures, it can be understood that the competition is equal. Even though the Indian team has won two matches more, it is sure that when the match will happen, the competition will be almost equal and the whole thrill will also be there to see. The special thing is that the New Zealand (NZ) team will play in their home and will hit the ground with full strength.

NZ vs IND Head to Head

Also Read: IPL 2023: Full list of retained and released players by all teams

It is not going to be easy to score runs at the Basin Reserve Stadium. A total of 19 T20 matches have been played so far on the pitch of Sky Stadium. In which 10 first bowling and 9 matches were won by the team batting first. Seeing this, you must be feeling that batting or bowling first will not make much difference. But it is not so that the average score of the first innings on this pitch is 154. At the same time, the average score of the second innings is only 130 runs. In such a situation, batting first can prove to be the right decision here.