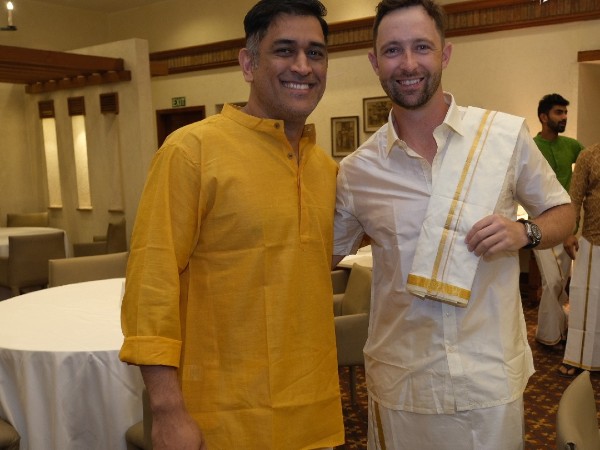 Not long ago, CSK had uploaded several images of MS Dhoni, Shivam Dube, and other CSK players wearing traditional attire for Conways wedding.

CSK got off to their worst ever start in the IPL this year but they have now won two matches. Their second win came against five-time champions Mumbai Indians on Thursday.

The Chennai-based franchise is going through a phase of transition. After IPL 2021, CSK released several stars including Shardul Thakur, Faf du Plessis, and Deepak Chahar.

As per a report, the New Zealand cricketer might rejoin the team on April 24 and will stay in isolation before joining the teams bio bubble. The opener will have to stay in isolation for three days under the quarantine rules and undergo RTPCR tests. He will join the team after clearing the test. For now, Conway will be unavailable for at least two matches.

Conway made his IPL debut for CSK in their season opener against last seasons finalists Kolkata Knight Riders but he could only score 3 runs in that game. The southpaw hasnt featured in any games since Robin Uthappa and Ruturaj Gaikwad are performing the openers duty for the side.