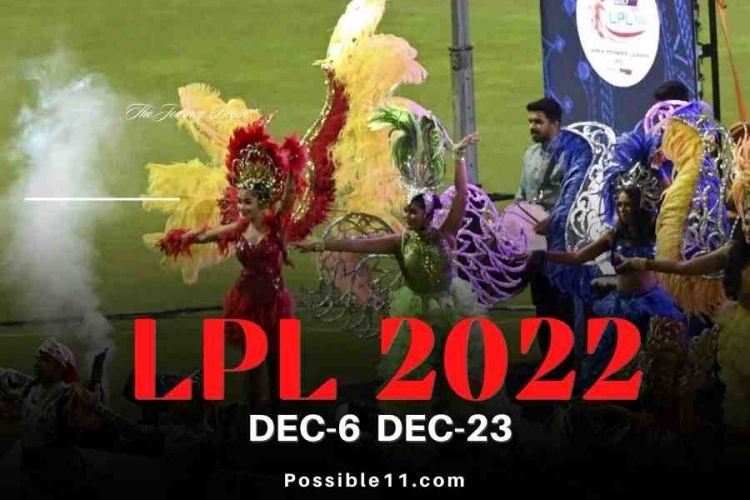 The third season of the Lanka Premier League (LPL) will kick off on December 6 in Hambantota. The first game will be between the defending champions Jaffna Kings and the Galle Gladiators.

The first round of the tournament will feature 20 matches and will take place entirely in Hambantota before moving on to Kandy and then Colombo.

The upcoming seasons Qualifier 1 and Eliminator will be held on December 21, with Qualifier 2 taking place the following day due to the lack of a break for the teams and players in the knockout round. The final of the 20-over tournament will be held at the RPICS in Colombo on December 23, 2022.

The LPL 2022 was originally scheduled to take place from August 1 to August 21, but the countrys economic crisis forced the tournament to be postponed indefinitely just weeks before the first match.