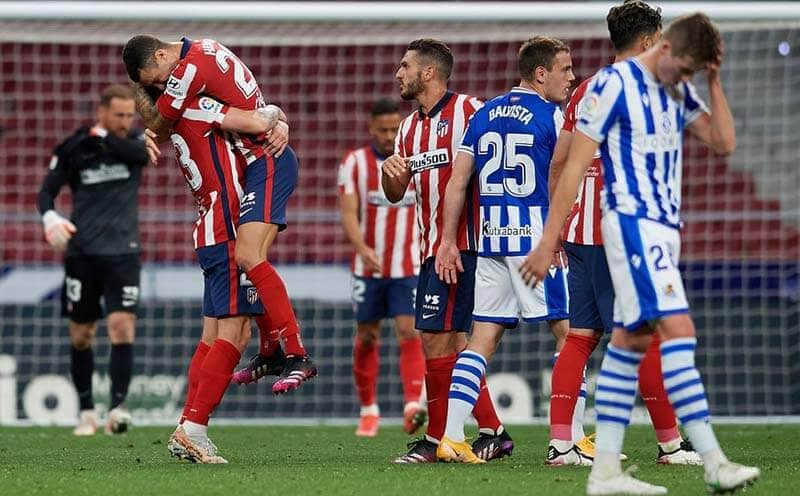 Atletico Madrid held their nerve to beat Real Sociedad 2-1 on Wednesday and move within touching distance of winning La Liga.

Atletico Madrid held their nerve to beat Real Sociedad 2-1 on Wednesday and move within touching distance of winning La Liga. Yannick Carrasco and Angel Correa made a dominant first half count for Atletico, who retreated in the second and were left hanging on after Igor Zubeldia blasted in for La Real with seven minutes left. When the final whistle blew, Diego Simeone jogged up the tunnel at the Wanda Metropolitano, punching the air as he went, fully aware how important this result could prove. "We were excellent in the first half but the suffering was unnecessary when we had so many chances," Simeone said. 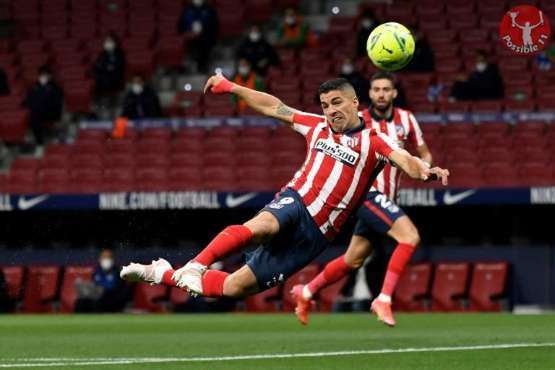 Outside, Atleti fans had gathered to cheer and sing throughout a nervy contest and when victory was confirmed, fireworks filled the sky.

"We thank all those who are outside tonight and all those who cant come because of everything that is happening," said Atletico captain Koke. "We could hear them outside when we needed them in the last 10 minutes."

Victory puts Atletico four points clear of Barcelona in the table and five ahead of Real Madrid, with Zinedine Zidanes side playing their game in hand away at Granada on Thursday.

It also raises the possibility of Atletico winning the title in the penultimate round on Sunday when they play at home to Osasuna. 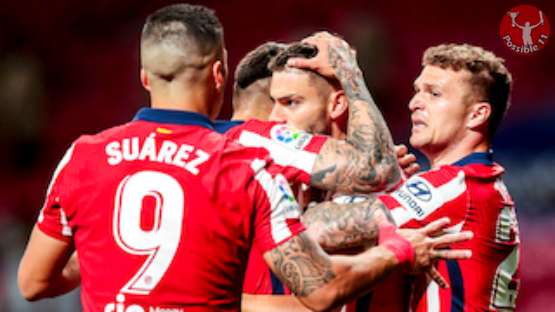 Another victory this weekend would knock Barca out of the race regardless of what the Catalans do against Celta Vigo while Real Madrid would also concede if they had not taken six points from Granada and Sundays trip to Athletic Bilbao.

Sevilla, in fourth, had earlier edged past Valencia 1-0 but they can no longer overtake Atleti, given their six-point deficit and a losing head-to-head record with the leaders.

Youssef En-Nesyri scored his 26th goal of the season at the Ramon Sanchez Pizjuan.

The four-horse race is reduced to three and after weeks of various twists and turns, Atletico suddenly appear to have a route to the trophy.

In terms of the table at least, this game against fifth-placed Real Sociedad was their toughest remaining fixture, although Real Valladolid could well be fighting for survival on the final day. 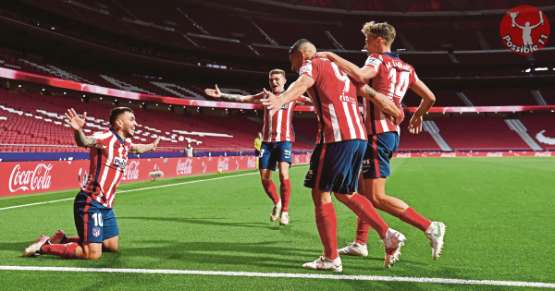 After Granada and Athletic Bilbao, Real Madrid finish against Villarreal, who will have the Europa League final three days later. Barcelona face Celta before ending away at Eibar, who could also be battling relegation.

Atletico were brilliant for the first half an hour and could have scored two or three times in the first 10 minutes, Luis Suarez blasting over and Marcos Llorente spurning a chance when sent clear.

Carrasco showed more precision when Llorente curled in a superb cross to the back post, the winger controlling with the outside of his right foot and poking in the opener.

Suarez teed up the second, bustling through midfield and slipping in Correa, who drove the ball inside the far corner to put Atletico in charge.

But they failed to add a third in the second half, Suarez and Carrasco both guilty of wasting chances, and Real Sociedad were revived in the final 30 minutes.

Portu drew an excellent save from Jan Oblak and then struck the post before finally, Zubeldia smashed in when a corner landed at his feet, six yards out. Atletico survived a nail-biting finish.