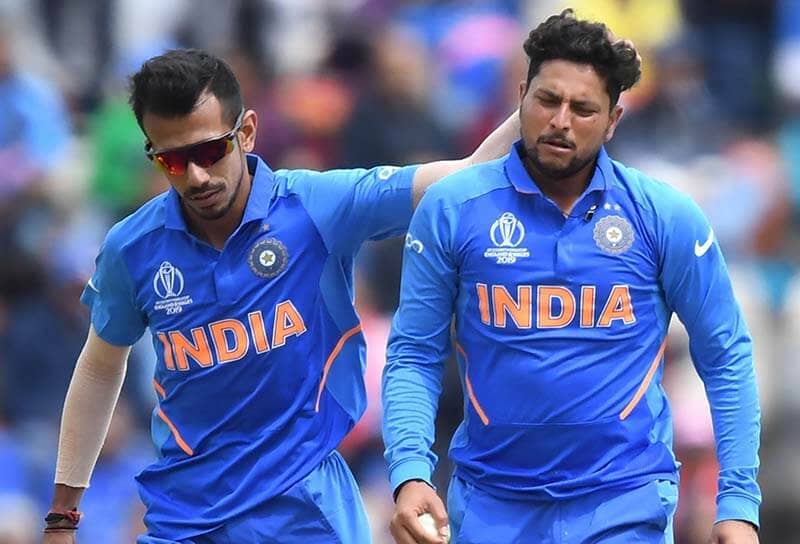 Spinners Kuldeep Yadav and Yuzvendra Chahal, who were a crucial part of Indias white-ball plans in the lead-up to the 50-over World Cup in 2019, have suffered demotions in the BCCIs list of centrally contracted mens players for the October 2020 to September 2021 period. v

Three new names in @BCCIs contract list for the men’s team for the period from October 2020 to September 2021 ?? pic.twitter.com/QwgFnUS0AW

Kuldeep was among the core group of Grade A players in the 2019-20 contracts list, while Chahal featured in Grade B. Both have now dropped down to Grade C, see image. 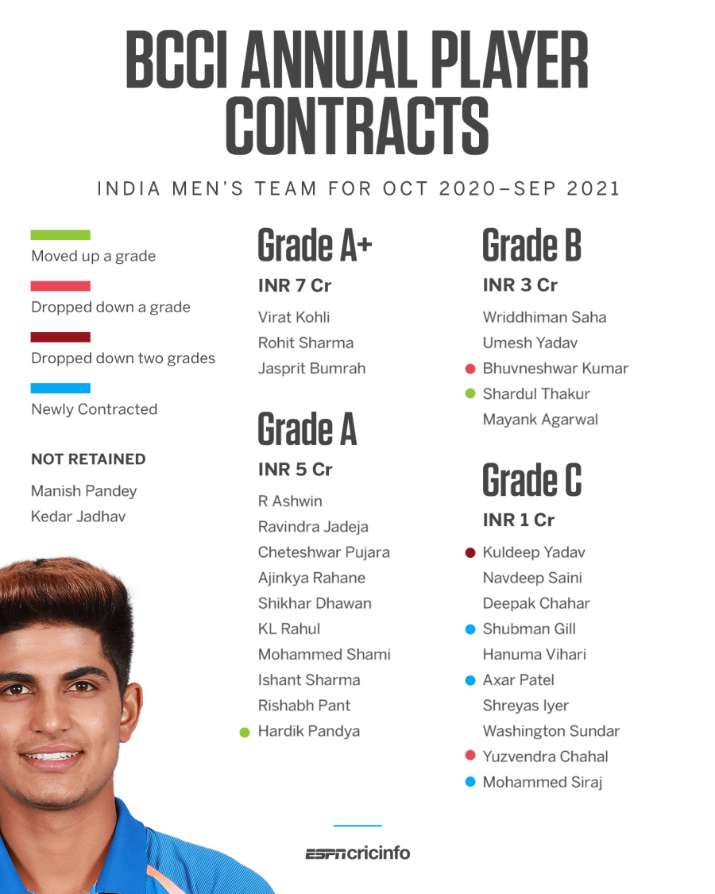 A spate of injuries has also led to a demotion for Bhuvneshwar Kumar (Grade A to B), while Hardik Pandya (B to A) and Shardul Thakur (C to B) have earned promotions in the new contracts list.

Shubman Gill, Axar Patel and Mohammed Siraj, who made impressive Test debuts during the 2020-21 season when India overcame an injury crisis to beat Australia 2-1 away and England 3-1 at home, all entered the contracts list as Grade C players.

Kedar Jadhav and Manish Pandey, who have lost their place in Indias white-ball squads over recent months, have dropped out of the contracts list.

There is no change in the pay structure for the players, with the Grade A+ players earning INR 7 crore per year, Grade A earning INR 5 crore, Grade B INR 3 crore, and Grade C INR 1 crore.

The demotions of Kuldeep and Chahal coincide with fallow periods in both players careers. Since the end of the 2019 World Cup, Chahal averages 37.12 in ODIs and Kuldeep a worrying 58.41, with both returning economy rates north of six an over.

Kuldeep has played only three T20Is since the World Cup, while Chahal has only picked up 16 wickets in 17 games while conceding 9.13 runs per over.

Kuldeeps Test-match stocks have fallen away too. Talked up by India coach Ravi Shastri as their No. 1 overseas spinner in Test cricket after the 2018-19 tour of Australia, he has only played one Test match since.