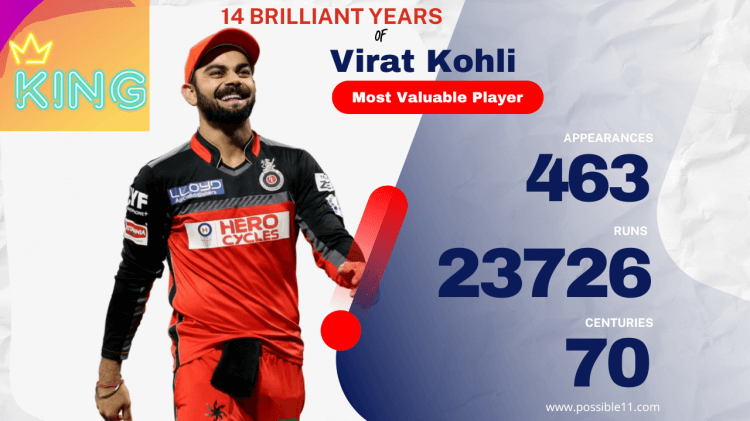 Virat Kohli might not be in the greatest of form right now, but the modern-day legend made sure he dominated the run charts across formats consistently for a decade. August 18 marks a major milestone in his playing career as he completes 14 years in international cricket.

On the completion of 14 years of Virat Kohli in international cricket, fans have congratulated and wished him to be a star batsman on social media. Kohlis IPL team Royal Challengers Bangalore (RCB) also shared special posts for their former captain. Virat fans are also following the trend of #14yearsofViratKohli on Twitter.

Speaking of centuries, the former Indian skipper has 43 ODI hundreds and 27 of them in Tests. Kohli also held the record for most centuries (4) in a single IPL season, which was later tied by Jos Buttler in IPL 2022.

On that note, lets take a look at how Virat Kohlis maiden century in ODI cricket came about.

Kohlis maiden century came against the same team he scored his first half-century against. Sri Lanka toured India in 2009 and the fourth ODI not only saw Kohlis first ton but also helped India seal the five-match ODI series 3-1.

Batting first, Sri Lanka rode on a masterful hundred by Upul Tharanga. The opener smashed a 128-ball-118 and was ably assisted by Kumar Sangakkara (60). Mahela Jayawardene and Thisara Perera chipped in with 33 and 31 each to help the visitors finish with a formidable 315/6 in their 50 overs.

In reply, India lost openers Virender Sehwag (10) and Sachin Tendulkar (8), but it was Gautam Gambhir and Kohli who orchestrated what was one of the greatest run-chases of the decade.

#OnThisDay in 2️⃣0️⃣0️⃣8️⃣, @imVkohli made his ODI debut against Sri Lanka at Dambulla. ?

Sachin Tendulkar and Virat Kohli after 14 years of intl cricket